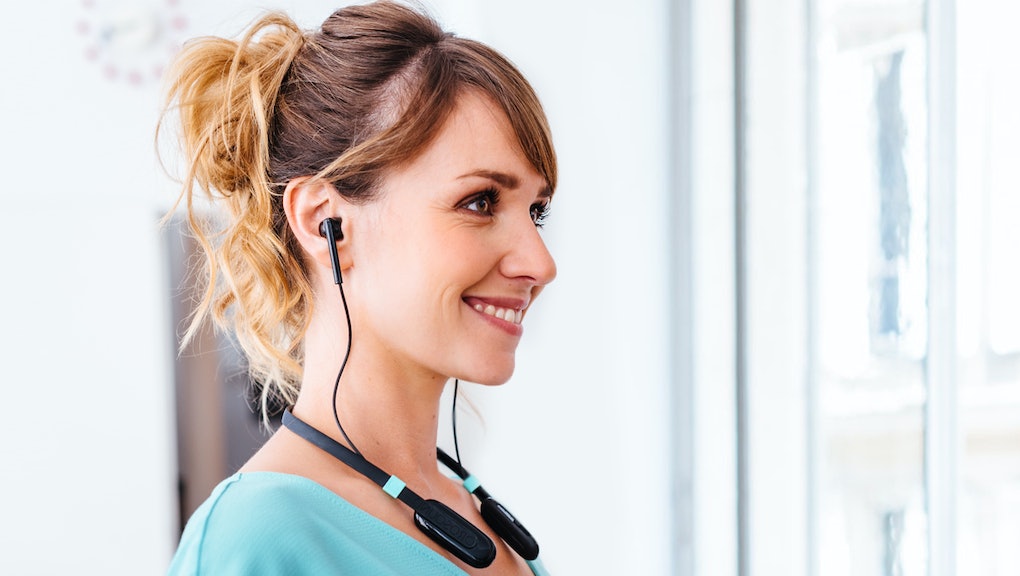 Noisy workplaces can be serious productivity killers. In fact, a 2014 study published in the Journal of Experimental Psychology found that interruptions lasting as little as 2.8 seconds can lead to an increase in mistakes.

French technology startup Orosound is hoping to help office workers be more productive and cut out potential errors with its headphones, called Tilde, that it claims allow wearers to filter out distracting nearby noise but also focus in on the sounds that matter, all at the same time.

For example, the hardware lets users hear and participate in conversations with other individuals, while also blocking out every other ambient noise through its eight directional microphones and patented selective directional technology.

Every headset features two earbuds attached to a neckband that contains an oval-shaped "pebble" on each end. The left pebble has an adjustable volume slider that ranges zero to 30 decibels so wearers can choose how much, if any, surrounding noise to cancel out, while the right side can sync with and control Bluetooth-enabled devices so users can enjoy better-quality phone calls or listen to music.

A fully charged battery lasts for up to eight hours with "heavy use" that involves using both its Bluetooth function and noise-management system or 20 hours using only the noise-canceling features. A complementary universal micro-USB charger hooks up to the bottom of the Tilde's left pebble to charge on demand.

The futuristic earpieces are still in the Kickstarter phase, where it's available via preorder starting at $175 with an estimated delivery date of May. It can also be purchased from the company's website for around $254 and includes a "summer 2017" ship date to everywhere except Brazil and Japan.