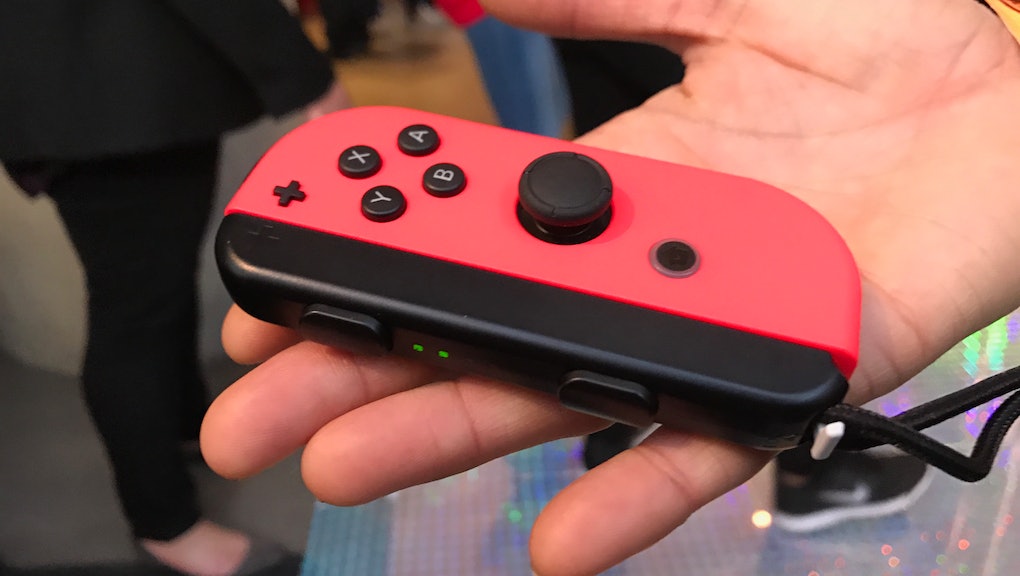 Details surrounding Nintendo Switch price, release date and launch games have finally been revealed. But which of Nintendo's dizzying lineup of controllers work with the company's newest console? Of the controllers supported by the Wii U, here's the definitive list of what the Switch will support too.

Are my old Nintendo controllers compatible with Nintendo Switch?

Check out our hands-on demo of the Nintendo Switch here!

Sorry, but the answer is none of them. We asked a Nintendo representative at the hands-on event on Jan. 13 and they confirmed that the Switch won't support any older controllers.

•GameCube Controller with Wii U adapter

•Wii Remote with but in Wii Motion Plus

•Wii Fit U Balance Board (for games like Wii Fit)

The good news is that the included Joy-Con controllers work really well both. They're easy to use either attached to the Switch, with the Joy-Con Grip accessory or on their own. They even work okay in local multiplayer situations when turned sideways.

Still, the fact that this long a list of Nintendo-made controllers that is not compatible with the Switch is more than a little disappointing. Especially when many offer a similar amount of buttons.

Nintendo's Joy-Con Switch controllers were explained in-depth during the company's Jan. 12 event in Japan. When removed from the system, the Joy-Con can be used by a single player using both controllers or by two people holding one controller each. The face of each Joy-Con controller features an analog, four circular buttons and shoulder buttons on the inside.

The Joy-Con controllers charge automatically when attached to the Switch unit, a Nintendo spokesperson confirmed to Mic at the hands-on event on Jan 13. When removed, the units connect to the console automatically over Bluetooth.

Check out more of our Nintendo Switch news coverage!

Can't wait for the Nintendo Switch? Read up on how the console could receive backwards compatibility, what specs the Switch might have and what games you can look forward to. If you're dying to see how Pokémon Sun and Moon would look on the Switch we've got that too. Or if you want to see how accurate that leaked games list was, go here instead. And here's what we're looking forward to from Splatoon on the Switch.