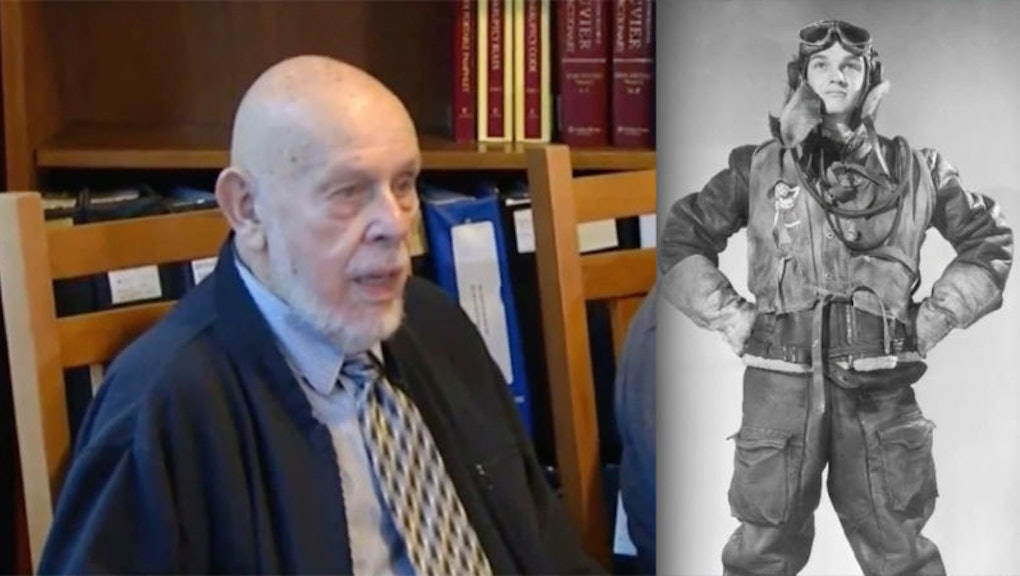 Hubert Edward Spires received an "undesirable" discharge from the United States Air Force in 1948 after his commander wanted to purge gay men from the military branch, Jezebel reports. Now, 69 years later, the Air Force has changed the 91-year-old's records to an honorable discharge.

Spires is one example of hundreds of gay veterans — once discriminated against in the military — who benefited from the repeal of "Don't Ask, Don't Tell" in 2010, according to the New York Times. In 2011, changes were allowed on veterans' military records for discharges unfairly labeled "undesirable."

"I never did anything on the base in uniform," Spires told the New York Times. "I had a whole slew of very good friends who were gay and lived off base. We partied together; we had wonderful meals together and went to the opera together. We lived a very normal life. I did not dishonor the Air Force in any way by my actions."

Spires initially sent an appeal for his undesirable discharge in 2014 to the military corrections board, but after two years without a response, the veteran decide to file a lawsuit against the Air Force. Spires was battling with pneumonia and feared he wouldn't have a military funeral.

On Friday, Spires was informed that the courts had sided in his favor, recommending that his undesirable discharge be expunged from his record.

Spires now lives with his husband David Rosenberg. They first met in 1956 and were married about eight years ago.

"His first words were, 'It's about time,'" Rosenberg said of Spires' reaction.