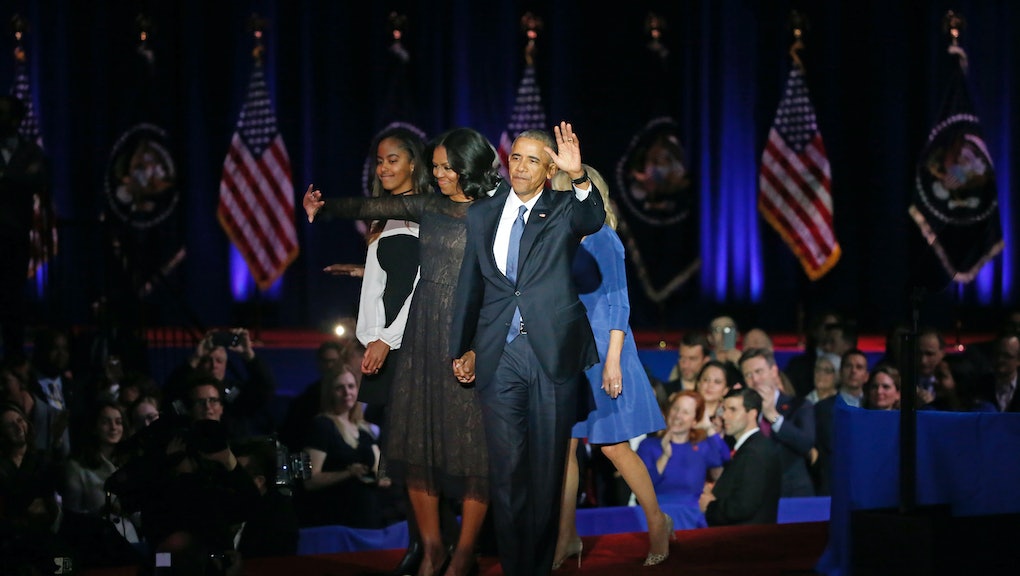 Over 20 million people tuned in Tuesday night to watch President Barack Obama deliver his farewell speech from his adopted home of Chicago. His address began and ended the same way — to thunderous applause.

In his speech, the 44th president of the United States outlined the progress the nation has made over the last eight years. Obama also touched on a reinvigorated economy and health care.

He also addressed his two daughters. "Malia and Sasha, under the strangest of circumstances, you have become two amazing young women," Obama said. "You are smart and you are beautiful but more importantly, you are kind and you are thoughtful — and you are full of passion. And bore the burden of years in the spotlight so easily."

Despite all of his achievements over the last eight years, his concluding remarks to his daughters says it all. "Of all that I have done in my life, I am most proud to be your dad," Obama said.

If you were watching Obama's farewell address, you may have noticed that only Malia was in attendance. So, why was Sasha not on hand to watch her father's final speech as president of the United States? Well, she had to study. According to CNN, a senior Obama administration official said Sasha had an exam the next morning.

So, the next time you're planning to use a parent's speech to get out of an exam, think again. If the presidential farewell address won't do it, there are few speeches that likely would.

You can watch Obama's full address below: