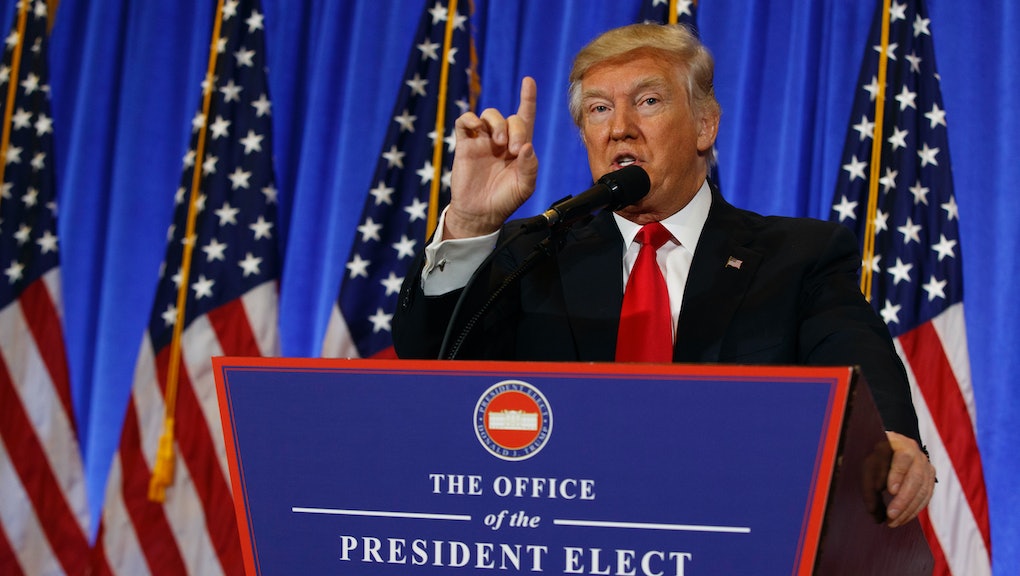 British gambling company Ladbrokes estimates the chances of President-elect Donald Trump being impeached and removed before the end of his term at 50%, Inverse reported Wednesday.

As of Wednesday afternoon, Ladbrokes gave slightly worse 11:10 odds Trump will "leave office via impeachment or resignation before end of first term." (In betting terms, a higher first number indicates a higher payoff, and thus worse odds of the indicated event occurring). The company gives better 8:11 odds Trump will not finish his term for any reason, and much higher 1:2 odds Trump will be re-elected president in 2020.

However, Ladbrokes is bullish ongoing controversies as to whether Trump collaborated with the Russian government as it launched cyberattacks on Democratic Party targets during the campaign season — as well as BuzzFeed's leak of an unverified intel report claiming Russian intelligence is in possession of a video of Trump, prostitutes and a "golden showers" — will not derail his inauguration. The market stands at 6:1 Jan. 20 will end with Trump as president.

There's good reason to suspect Trump will buck the historical rarity of impeachments (only two prior chief executives, Bill Clinton in 1998 and Andrew Johnson in 1868, have ever been impeached). The famously pugnacious Trump ran on a ticket including a number of potentially unconstitutional or criminal promises like bombing terrorists' families and violating citizens' civil rights.

Trump also has a discomforting mix of unprecedented conflicts of interest and a disregard for ethics, to the extent where his potential removal "from office on impeachment for, and conviction of, treason, bribery or other high crimes and misdemeanors" as outlined in the U.S. Constitution may depend less on whether he qualifies for impeachment than how much rope a Republican-controlled Congress is willing to give him.