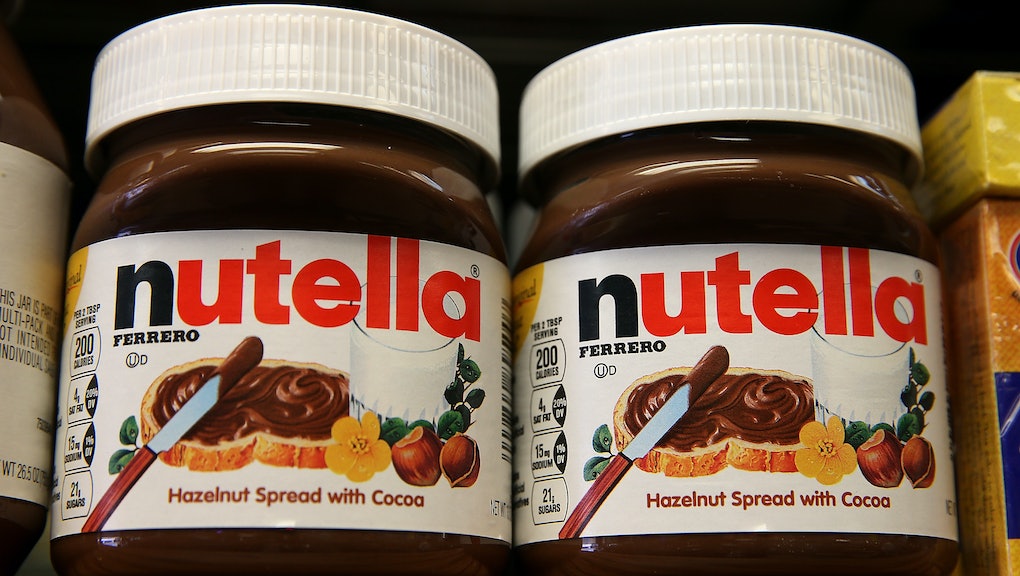 Does Nutella really cause cancer? The truth behind the not-so-sweet news isn't so clear

After a report raised concerns that palm oil — a key ingredient in Nutella —could be linked to a heightened risk of cancer, the makers of the chocolate hazelnut spread are launching a major campaign to convince consumers that Nutella is still safe to eat.

Research released back in May by the European Food Safety Authority found that palm oil contained contaminants that could be carcinogenic, or cancer-causing, when undergoing the refining process, in which the substance is heated to high temperatures.

The EFSA didn't recommend that people stop eating palm oil all together — but the research moved Italy's largest supermarket chain to boycott palm oil for all of its in-house products, Reuters reported, and raised concerns about Nutella, which is made with palm oil.

According to Reuters, sales of Nutella in Italy "fell by about 3 percent in the 12 months to the end of August," although they rose again in the final months of 2016.

Ferrero, the company that makes Nutella, is currently running an ad campaign in Italy reportedly meant to "assure the public about the safety of Nutella." It has no plans to change the ingredients in the spread: "Making Nutella without palm oil would produce an inferior substitute for the real product, it would be a step backward," a Ferrero representative told Reuters.

Palm oil is a controversial ingredient even beyond any potential health concerns associated with it — the production of palm oil has been identified as a major contributor to deforestation. But Nutella has directly addressed those issues as well. A page on its website insist that the company uses "sustainable palm oil" in order to minimize harmful effects on the environment.

So what does the Nutella cancer panic mean for consumers here in the United States? The EFSA cautioned that more research is required to better our understanding toxicity of palm oil, and so far, Reuters reports global Nutella sales have been "unaffected" by the EFSA's report.

So for now at least, party on Nutella lovers, while you still can.