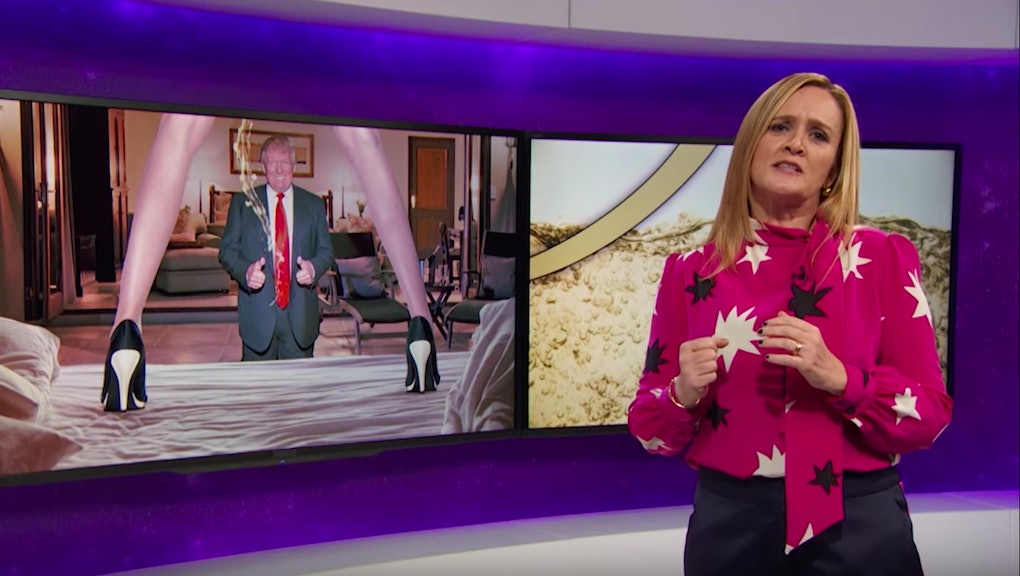 Samantha Bee is skeptical of Trump’s golden shower rumors, still revels in it

2016 was an undeniably awful year, but 2017 so far has been, to say the least, interesting. There are endless memes about a new TV series called The Young Pope (about a pope, who is young), and President-elect Donald Trump has had to respond to unsubstantiated reports that he, among other things, paid prostitutes to perform a "golden shower" on a hotel bed in Moscow once occupied by President Barack Obama.

The latter is, as Full Frontal host Samantha Bee put it Wednesday, "comedy Christmas." Bee then had a field day with pee puns, much like the internet. "There are more golden shower jokes on the internet than there are golden shower videos," Bee said.

She's not wrong. Just check out some of the gems below.

However, Bee did say that — despite how sumptuous the claims may be — it's more likely than not that they're untrue. She, like fellow late night host Seth Meyers, blasted BuzzFeed for releasing the dossier with the mindset of, "fuck journalistic standards, here you go," as Bee put it.

"There's a high probability this story is bullshit, but the fact that it's 'plausible' bullshit is a terrifying statement about what our nation has come to," she said. "No one would ever believe that President Obama paid anyone to urinate on him ...  but we absolutely believe that Donald Trump is petty enough to hire someone to take a whiz in any bed his predecessor has slept in. In fact, if we believe doing something nasty and petty is what gets Trump hard, then his late night tweets about Alec Baldwin make a lot more sense."

Pee jokes aside (and she laid out some good ones), Bee concluded that she hopes the absurdist urine claims don't distract people from the potentially worrisome relationship between Russia and Trump.

"We can only hope that the incontinent sex-worker frosting draws attention to the report's less delicious details about Russia manipulating our president," Bee says. "After all, as the old Disney song goes, a spoonful of hooker urine helps the treason claims go down."

Watch the segment from Full Frontal below: