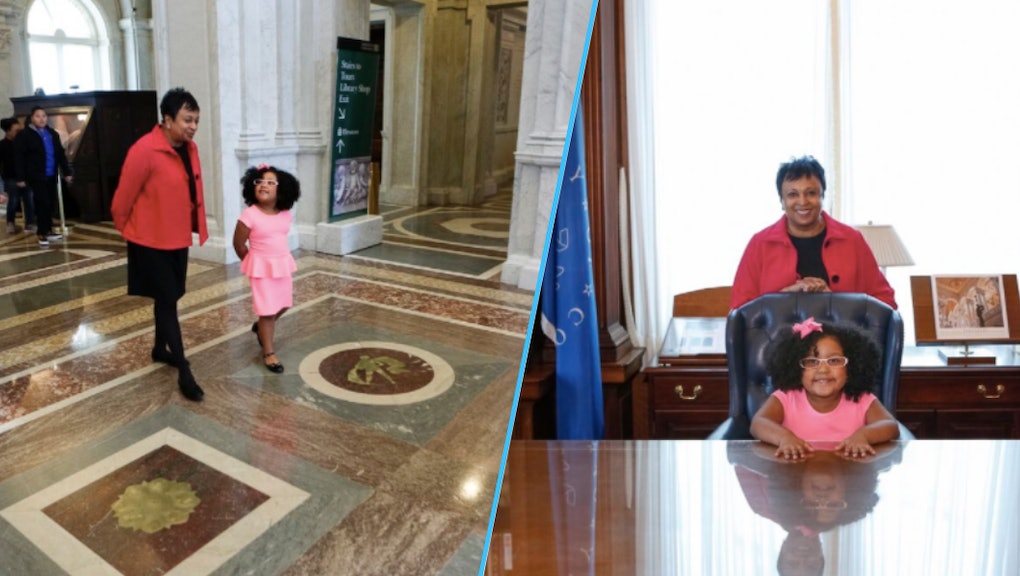 Four-year-old Daliyah Marie Arana of Gainesville, Georgia, loves books — like, really, really loves books. She's read more than a thousand of them in just a few short years — some at a college-level.

Her voracious reading was enough to impress the Library of Congress, who invited her for a very special visit. She even got the chance to be "librarian for the day."

Daliyah's mother, Haleema Arana, told the Washington Post on Thursday that Daliyah always loved reading. Even when she was a baby, she would listen to her mother and older brother reading and try to do it herself.

"She wanted to take over and do the reading on her own," Arana said. "It kind of took off from there. The more words she learned, the more she wanted to read."

Daliyah read her first book on her own at 2 years and 11 months. Her family posted a video of the moment on YouTube — and she apparently hasn't slowed down since.

She regularly reads books that are supposed to be for her 11- and 12-year-old siblings, her mother said. And her precociousness has earned her fame in her Georgia hometown: She served as a "librarian for a day" at her local branch library, and will recite Martin Luther King Jr.'s "I Have a Dream" speech at an upcoming event observing Martin Luther King Jr. Day.

But Arana wanted to give her daughter the chance to visit the Library of Congress, the world's largest library. So she reached out — and Daliyah scored an invite to the library along with a special tour from Carla Hayden, the 14th Librarian of Congress and the first woman and the first African-American to hold the position.

In photos shared on Hayden's official Twitter account, Daliyah and Hayden are shown walking side by side through the library: the Librarian of Congress and her mini helper. The photo had been retweeted more than twelve thousand times as of Thursday afternoon.

Daliyah even sat in on a meeting and offered a suggestion to the library, the Post reported. Her advice was that they install whiteboards in the hallways so that visiting children can practice writing.