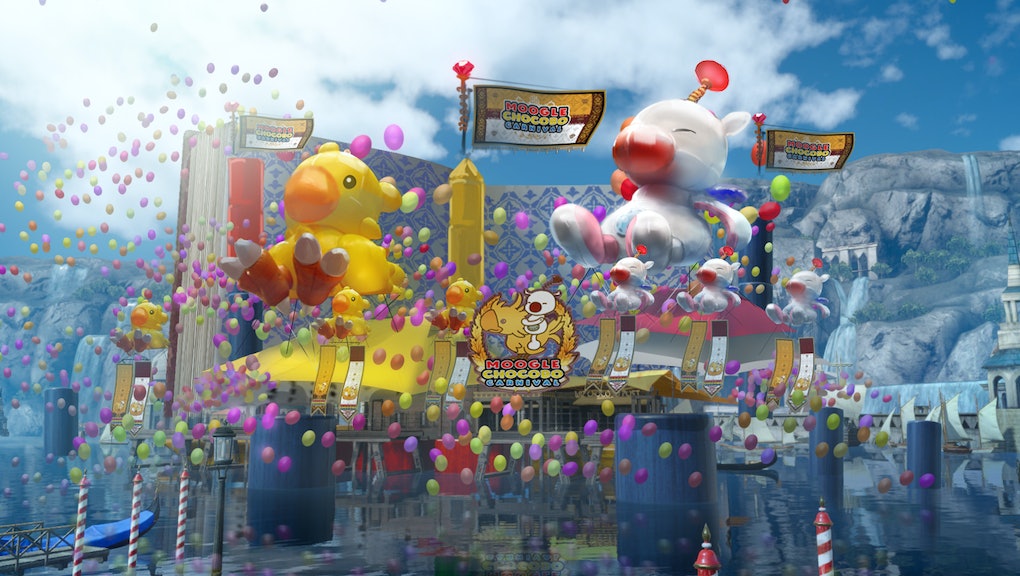 Back in December, Square Enix announced a downloadable expansion for Final Fantasy 15 called the Holiday Pack. The confusing part about this update is that it's rolling out in two waves. Some of the items in the pack are already available, but the second half won't unlock until Jan. 24, according to the Final Fantasy 15 Twitter account. There are also two different versions of the Holiday Pack: One for season pass holders and one for us plebs. It's all very confusing.

Here's the full breakdown of everything included in the Final Fantasy 15 January update and how to get it.

If you have yet to download the Holiday Pack, you can do so for free right now. Just tap down on the left thumbstick when you're hovering over the Final Fantasy 15 tile on your PS4's home screen and navigate down to the PlayStation Store icon. You'll see a link to the DLC there.

Here's what you'll have access to upon downloading the free version of the Holiday Pack, according to a blog post from Square Enix:

— Nixperience Band: A device that stops experience points from being tallied, preventing the party from leveling up

Once you've downloaded the Holiday Pack, you'll automatically get two more items on Jan. 24. Those items are:

The Carnival Passport is an item that will grant access to the Moogle Chocobo Carnival, some kind of special area that will have new quests and items.

— Ring of Resistance: A protective piece of jewelry that renders the entire party resistant to magical friendly fire

And once Jan. 24 rolls around, season pass holders will get the following:

Square Enix hasn't explained exactly how the Moogle Chocobo Carnival will work — or how long it will last — but Mic will keep you updated as more details become available.