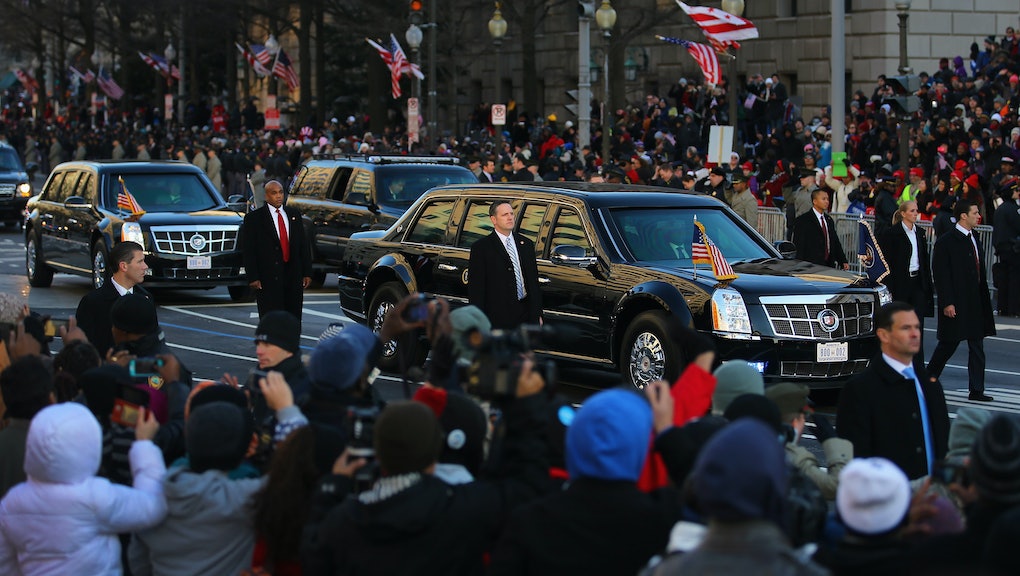 On Jan. 20, Donald Trump's swearing-in will take place on the west front of the U.S. Capitol building. Though you will need a ticket to attend the inauguration, you may be able to see the inaugural parade following the event.

The parade will start at the steps of the Capitol building directly after the swearing-in ceremony — and after the inaugural luncheon — at which point the president and vice-president will proceed down Pennsylvania Avenue to the White House. In previous years, the parade has begun at 2:30 p.m. Eastern and typically lasts around two hours. The Presidential Inauguration Committee has announced the list of participants but an official order has not been released.

Map of the inaugural parade route

Here's a map of the inauguration parade route, shared by Roll Call on Twitter.

Where should you stand?

Destination DC suggests finding a spot somewhere along Pennsylvania Avenue if you want to catch a glimpse of the parade and the new commander in chief.

How is this year's event different?

There are a number of differences between this year's event and President Barack Obama's inauguration in 2009, according to Fortune. As of Dec. 5, many Washington hotels still had available rooms. In addition, fewer celebrities and other notable figures are expected to attend Trump's inauguration.