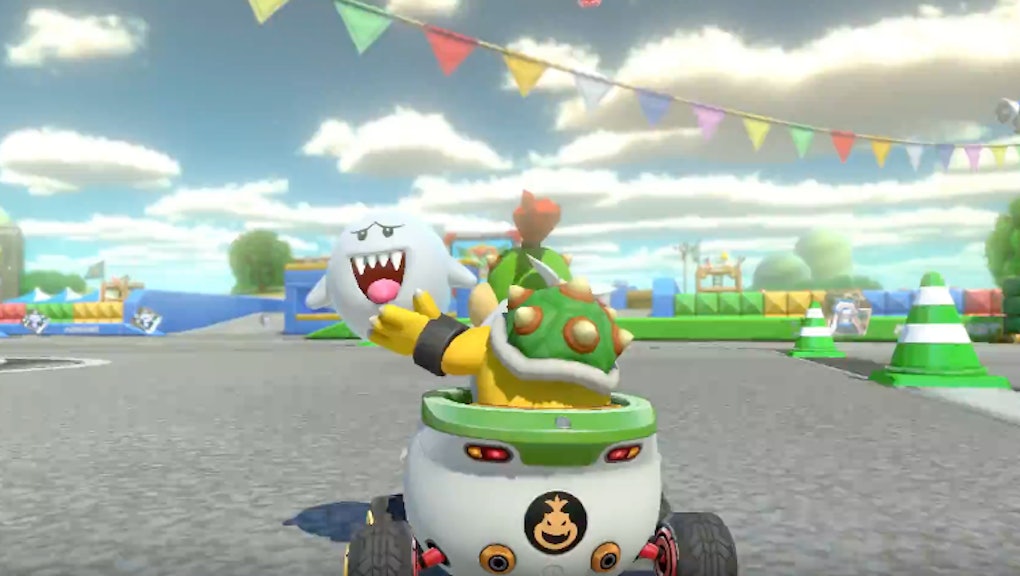 Mario Kart 8 was one of the best games for Wii U, with amazing visuals, great online play and plenty of fantastic downloadable content to keep players coming back for more long after its 2014 release.

Players who want a full sequel for Nintendo Switch might be disappointed, but for now, an enhanced version of the game is in development for Nintendo's new console. Mario Kart 8 Deluxe appears to have all of the DLC content from the original game, plus the return of the classic Battle Mode.

It's worth noting that Splatoon characters and a Splatoon stage are also coming to the game. You can never have too much Splatoon.

Nintendo didn't say when Mario Kart 8 Deluxe would be released, but we're hoping it's a launch game for the Nintendo Switch. That doesn't seem out of the question for what's essentially a beefed up port.

To see Mario Kart 8 Deluxe in action, watch the trailer below.