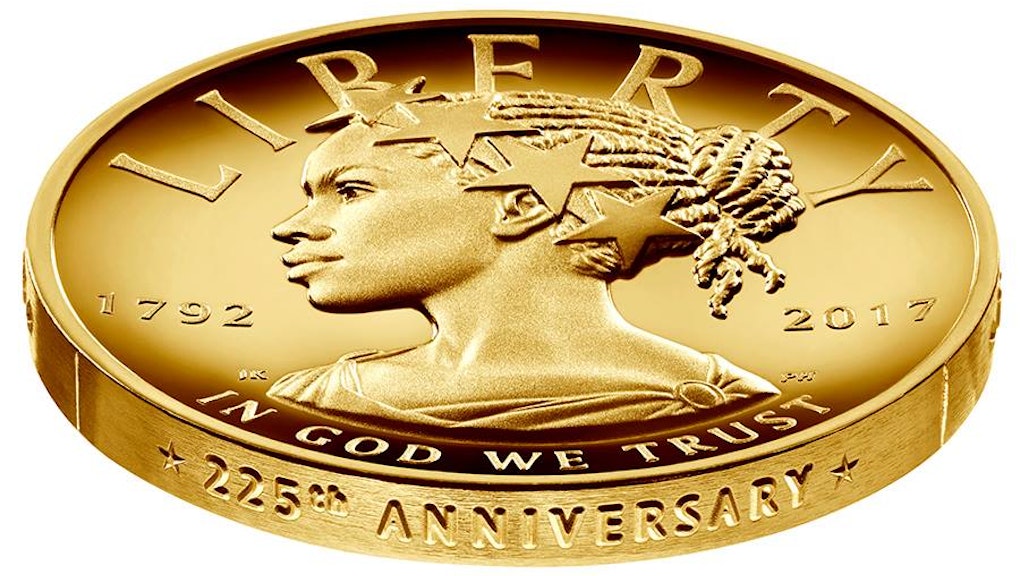 U.S. currency is dominated by white men, which is why the announcement that a commemorative coin will feature a black Lady Liberty is so momentous. And yet, not everyone is amped in the midst of progress. Racists online are losing their shit.

"The 2017 American Liberty 225th Anniversary Gold Coin design is unique in that it portrays Liberty as an African-American woman, a departure from previous classic designs," the U.S. Mint and Treasury announced on Thursday.

The Coinage Act of April 2, 1792 states that "upon one side of each of the said coins there shall be an impression emblematic of liberty."

But many users on Twitter and 4chan seem to believe that white people "created" liberty. It's a claim that requires some mental gymnastics: The Coinage Act was enacted 73 years before slavery was officially abolished in the United States.

Some also appear to believe (wrongly) that Lady Liberty is representative of an actual person, and not simply a symbol for freedom. They argue that depicting her as a black woman is contradicting history, and "pandering" to "SJWs" — "social justice warriors" — is a form of racism.

Others are just using it as an opportunity to make racist jokes.

And to the dismay of the racist internet, the 2017 American Liberty 225th Anniversary Gold Coin is just the first of a number of gold coins featuring diverse faces. As the U.S. Mint and Treasury notes in a press release, "a variety of contemporary forms — including designs representing Asian-Americans, Hispanic-Americans, and Indian-Americans among others — to reflect the cultural and ethnic diversity of the United States" are also slated to be issued.

Now, can we get more ladies on paper?