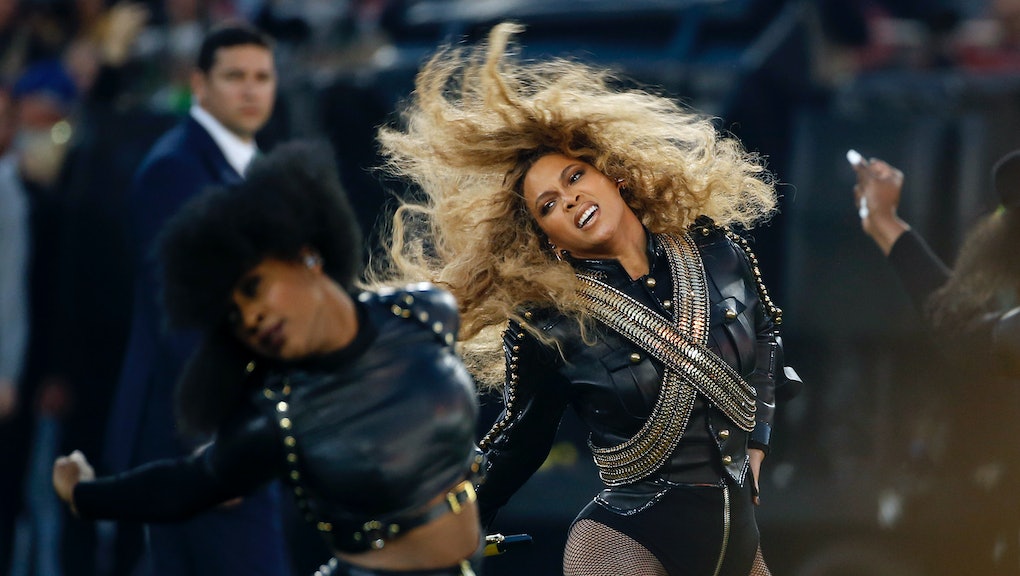 Because the Super Bowl is basically a three-hour commercial for Papa John's pizza, the National Football League typically tries to pick the most boring artist possible to headline the halftime show.

Still, some performances have been able to break through the fray to secure a spot in the cultural consciousness – in some instances overshadowing the actual game they were a part of.

How will Lady Gaga do as this year's headliner?

We'll have to wait until Feb. 5 to find out.

In the meantime, let us review some of the biggest performances from Super Bowls of yore:

Until the King of Pop was launched onto the stage midway through the Dallas Cowboys 1993 contest against the Buffalo Bills, the Super Bowl halftime show was no big deal. But Jackson's soaring performance at Super Bowl XXVII completely reinvented the gig as a mid-game mini-concert, setting the stage for the extravaganzas that would follow.

The year was 2004. The New England Patriots were halfway to a 32-29 victory over the Carolina Panthers when Janet Jackson took the stage with Diddy, Nelly, Kid Rock and Justin Timberlake – a very 2004 assemblage of artists, indeed. After knocking through hits like "All For You," Timberlake and Jackson dueted on one of his first post-NSYNC singles, "Rock Your Body." You know what happened next: the nip-slip, though brief, had an outsized cultural impact, creating the term "wardrobe malfunction," inspiring the invention of YouTube and influencing everything from television censorship to the 2004 presidential election. And while it didn't really hurt Timberlake's career, it unfairly squashed Jackson's.

On their way to a Super Bowl XLI victory, the Indianapolis Colts held a narrow lead over the Chicago Bears headed into the half. That's when Prince took over, taking the stage under a rainy Florida sky for an instantly iconic rendition of "Purple Rain."

During a Madonna-led performance in Super Bowl XLVI – a Giants victory over the Patriots – the rapper M.I.A. flipped the middle finger at the camera, setting off a legal battle with the league. The NFL, which typically spends its time fining players for their cleats and hiding evidence about concussions, filed a lawsuit against the rapper, who reached a confidential settlement with the league in 2014. The real controversy, however, was allowing the astonishingly bad LFMAO to sully an otherwise solid Madonna show.

Beyoncé gets in formation

Coldplay was not terrible in 2016's performance during the Denver Broncos' victory over the Carolina Panthers – it wasn't like the hilarious misfire that was the Black Eyed Peas' halftime show in 2011 – but they were completely overshadowed by the force that is Beyoncé. Clad in black leather, the "Formation" singer and her dancers caused a flood of white tears as they paid homage to the Black Panthers and black activists past and present.