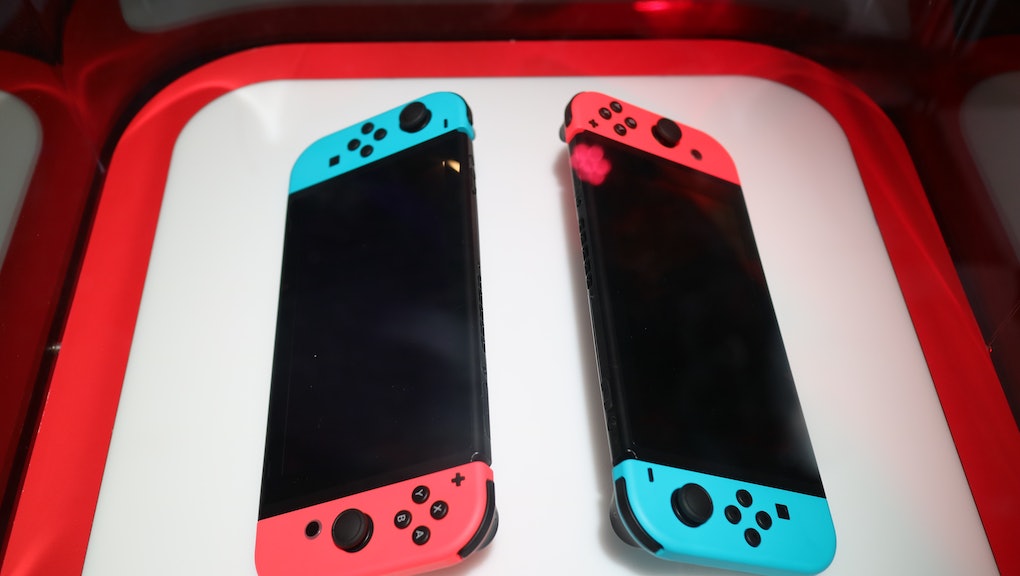 How does the Nintendo Switch stack up next to the Wii U? After finally learning all the details concerning the new console and getting our hands on the modular device, we're here to run down all the major differences between them.

Here's everything you need to know if you're comparing the Nintendo Switch and the Wii U — from price and hardware specs to features and graphics.

Nintendo Switch vs. Wii U: Graphics performance and hardware specs

Nintendo doesn't generally reveal the intimate details of its new hardware — mostly because it often lags behind the competition — but we already know a decent amount about the Switch and how it compares to the Wii U.

The Switch packs a 6.2-inch, 1,280x720-pixel display, while the Wii U's gamepad offers the same size screen with a weaker 854x480-pixel resolution. Additionally, the Switch can output games in 1080p Full HD resolution when docked and connected to a television. And the Nintendo Switch boasts 236 pixels per inch, up from the 158ppi of the Wii U gamepad.

When it comes to storage space, the Switch offers 32GB of expandable memory. The Wii U came in 8GB and 32GB storage models with the option to expand with a microSD card or an external drive.

Finally, when it comes to pure power, the Switch packs an unspecified NVIDIA Tegra processor. We don't have the exact specs, but based on some hands-on time, we can confirm that the new Nintendo console runs smoothly whether it's docked or not. The Wii U also performed well for the most part, though its underpowered processor may have contributed to the lack of popular third-party games for the system. Hopefully Nintendo can fix that with the Switch, but we still don't know for sure.

Nintendo Switch vs. Wii U: Controllers

The Nintendo Switch comes with a pair of brand-new Joy-Con controllers that feature built-in sensors and "Rumble HD" haptic engines. The console also comes with a Joy-Con Charging Grip accessory for a more traditional controller experience. However, if you want something really familiar, you'll need to purchase a separate Switch Pro Controller, which costs $69.99.

The Wii U offered its own lineup of controllers beyond the included gamepad. That included a "Pro" model, along with support for the Wii Remote and all its accessories. Unfortunately, none of these controllers will work with the Switch — so you'll need to buy a whole new collection of controllers if you plan on playing the Switch with your friends.

Nintendo Switch vs. Wii U: Price

The Nintendo Switch costs $299.99. When the Wii U first launched, it was available for the same price or for $349.99 as a Deluxe edition with extra storage space. Since then, the console's price has dropped considerably. You can pick up a Deluxe edition with 32GB of storage and Mario Kart 8 included for $299.99, though at this point in the console's lifecycle we wouldn't recommend buying it.

Nintendo Switch vs. Wii U: Wrap-up

Overall, the Nintendo Switch feels like a great improvement on the Wii U in almost every way. We wish the new console still supported some of Nintendo's older controllers, but that's a small complaint considering everything the Switch gets right.

For more info on what Nintendo revealed during its livestream, here's where you can get details on the Nintendo Switch price, release date, preorders and battery life. If you're interested in the Nintendo Switch's games, here's info on the new Super Mario Odyssey game, Legend of Zelda: Breath of the Wild, Splatoon 2, Xenoblade Chronicles 2, 1-2-Switch and the goofy boxing game Arms.