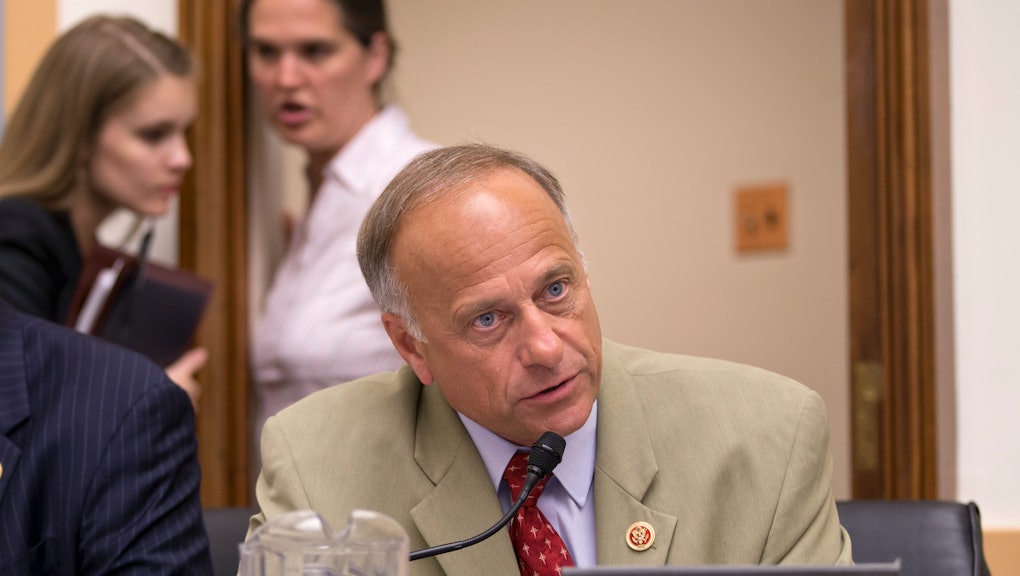 Congressman puts the US one heartbeat (bill) away from challenging 'Roe v. Wade'

Iowa Rep. Steve King — the same Iowa Congressman who caught heat over racist remarks back in July 2016 — introduced a bill in the U.S. House of Representatives on Thursday that would ban abortion nationwide as soon as a fetal heartbeat is detectable.

That is about six weeks into a pregnancy, or about two weeks after one might notice a missed period.

For this proposed federal legislation to result in a national loss of reproductive rights, a few things would have to happen first: The bill would have to pass in the House and then the Senate and then be signed into law by the president.

Then, it would have to hold up in the Supreme Court if an individual or other party were to challenge it as unconstitutional — which would almost certainly be the case.

Though the GOP holds a majority in both houses of Congress, it seems unlikely that the bill will pass with ease; a similar bill that would have banned abortions after a much further period of 20 weeks was blocked by Senate Democrats in 2015.

Then again, after Jan. 20, President Barack Obama won't be around to veto any bills that make it past the House and Senate.

Indeed, in these weeks leading up to the inauguration of President-elect Donald Trump — who ran on an anti-abortion platform in his campaign — battles over the right to abortion have gained momentum at the state level.

King's bill, which has a similar structure to a fetal "heartbeat bill" introduced in Ohio in 2016, would impose the same rule at the federal level.

Gov. John Kasich vetoed the Ohio bill in December. However, in place of the ban at six weeks proposed by the bill, he signed a ban at 20 weeks into effect for the state.

Ohio's is one of a growing number of state-level 20-week bans emerging around the country, despite calls that they are unconstitutional.