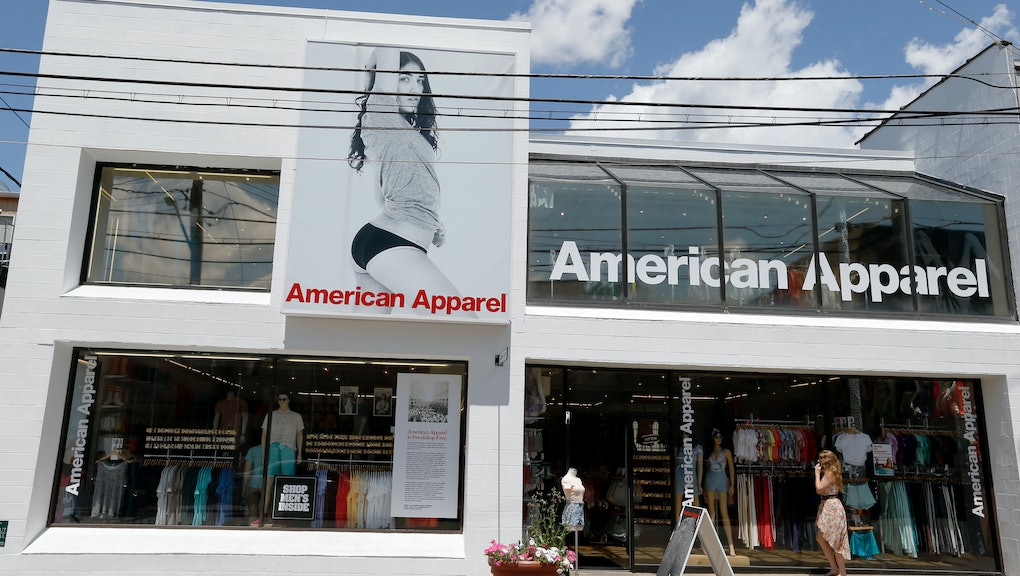 American Apparel clothes are all 40% off, retailer will soon shutter stores nationwide

But before you do that: Say hello to deep discounts.

It was announced Tuesday and confirmed Thursday that Canadian company Gildan Activewear has won a bankruptcy auction to buy the struggling company's intellectual property rights, as well as some equipment.

Because Gildan is not interested in American Apparel retail locations, it's likely the 110 United States stores will shutter by the end of April, once the 100 days remaining on the stores' leases are up.

So get ready for fire sales. All American Apparel merchandise is currently 40% off, and there'll likely be further discounts as stores rush to unload inventory.

Several U.S. locations, as well as storefronts in the U.K. and Canada, were shuttered by year-end 2016: This reporter snagged some red American Apparel jeans for 80% off in Toronto in one such liquidation sale. (The strong U.S. dollar didn't hurt matters.)

But lest us deal-hungry shoppers get too exuberant, it bears remembering that there is a human cost to the $88 million auction sale: thousands of job losses.

Despite its reputation for $18 plain white tees — not to mention the much maligned (and eventually ousted) founder Dov Charney — the company's "made in America" business model helped separate American Apparel from its competitors, many of whom have been criticized for labor rights abuses and unsafe factory conditions overseas.

A little good news: At least one American Apparel knitting and dyeing facility in California has secured a local buyer — which could save about 200 jobs.