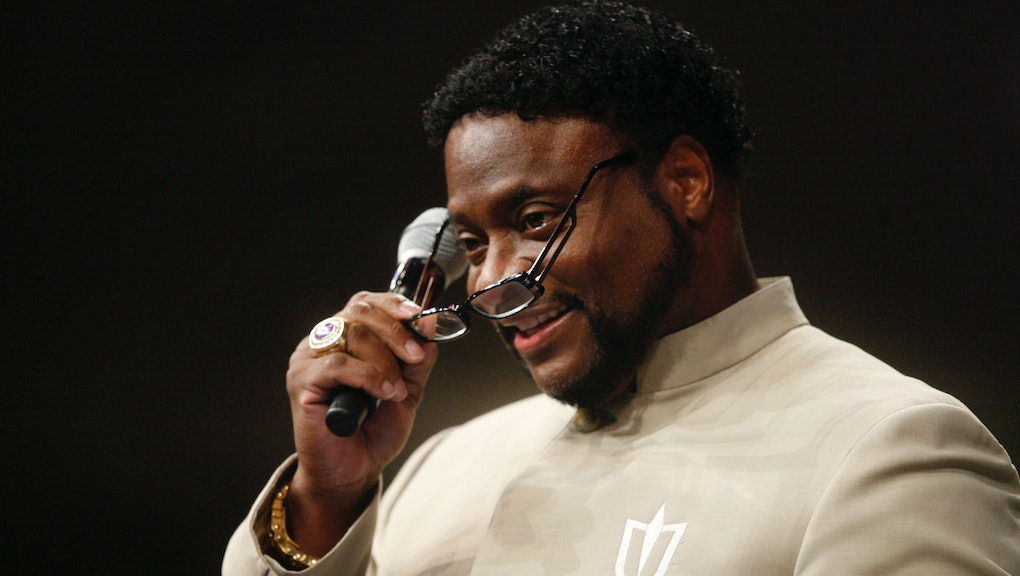 Eddie Long, the Atlanta bishop whose New Birth Missionary Baptist Church became one of the largest in the country with 25,000 members, died on Sunday of cancer at the age of 63, CNN reported.

Long was known for both his accomplishments in building the church into a multi-million dollar religious and business empire and the shadow that fell over those works in 2010, when four men accused him of coercing them into sex while they were teenagers. According to CNN Belief, Anthony Flagg, Maurice Robinson, Jamal Parris and Spencer LeGrande said Long "enticed the young men with gifts including cars, clothes, jewelry and electronic items" as well as international trips, though Long fought the accusations before reaching a settlement in 2011.

Long was a stringent opponent of gay rights who led a march in 2004 against gay marriage.

As CNN noted, Long "was a man who gave away cars and paid the college tuition of needy people, but he also was investigated by Congress after a charity he created had provided him with a million-dollar home and a Bentley luxury car."

In September 2016, Long released a statement indicating he was facing a "health challenge" not long after he appeared in another video seemingly much thinner and explaining he had adopted a new weight loss regimen.

On New Year's Eve, the Atlanta Journal-Constitution reported, "a very thin and sometimes frail-looking" Long appeared before his congregation to say the devil asked him "why you going to church? You need to rest. You're in recovery ... I said if I was going for my ego, I'd lay here. If I was going trying to prove something, I'd lay here. I said God ain't through with me and sometimes you need to see the skinny Eddie and the big Eddie and all that."