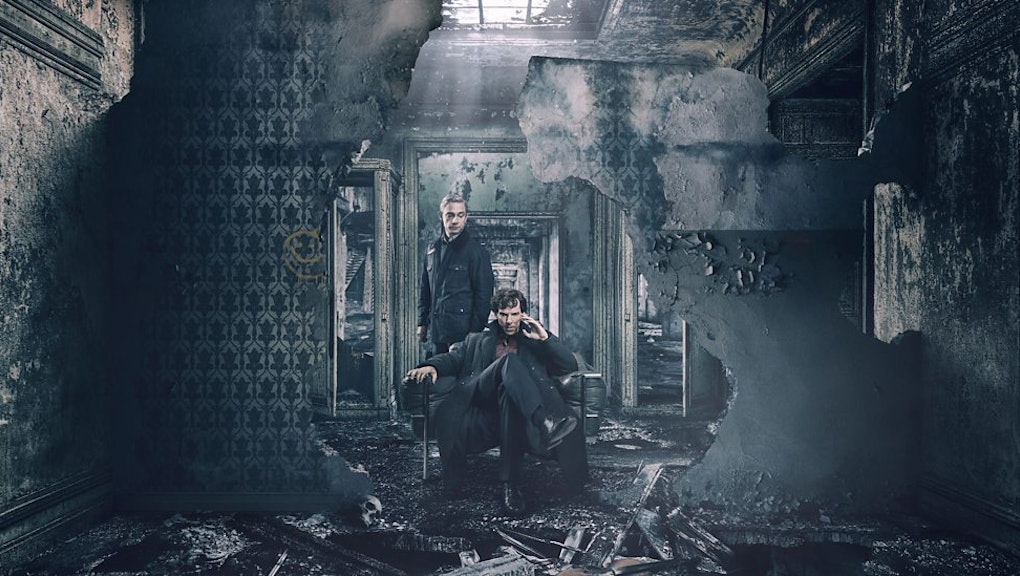 What the final moments of 'Sherlock' season 4, episode 3 mean for the future

Will Sherlock be back for another year? It's a question that fans seem to ask at the end of every season. The title of episode three, season four on Sunday — "The Final Problem" — alone implies the end. Then there's the actual content of the episode.

"The Final Problem" shows Sherlock, Watson and Mycroft siding against the Holmes' long-lost sister, Eurus. Apparently, Sherlock's childhood trauma caused by Eurus made the indelible detective forget he even had a sister. A less than ideal sibling, Eurus drowned Sherlock's childhood friend and even set their house on fire. Mycroft then faked her death and sent her to Sherrinford, a supermax asylum. (That's actually where a fair amount of the episode takes place.)

Eurus is supposed to be kept in isolation because of her almost supernatural powers of persuasion. She convinced a doctor to kill his family and then himself. For most of the episode we watch as Eurus forces Sherlock, Mycroft and Watson to solve a series of puzzles until she suddenly — and with no real explanation — ends the game.

How "The Final Problem" ends

Episode three of season four closes with a montage of Sherlock and Watson solving crimes. Then there's a freeze-frame of the two men running out of a building. From there, the end credits begin. It definitely feels like the end of not just the season, but the show — especially when you take into consideration what Mary said in the message she recorded before her death.

Mary explained that Sherlock solves crimes because it gives him a high and John does it because of his war mentality left over from Afghanistan. "Who you really are, it doesn't matter," she said. "It's all about the legend." Those are the kind of words that put a bow on things.

As Mic writer Miles Surrey puts it, "Sherlock diehards will certainly clamor for more, but anything beyond season four would feel like unnecessary fan service." He adds that such fan service is not "this Sherlock's style."

What Steven Moffat told the Telegraph in July last year doesn't make the ending of season four any more comforting: "I don't know how long we can keep [the show] going. I'm personally willing but I'm hardly the main draw. I would be moderately surprised if this was the last time we ever made this show. But it absolutely could be."