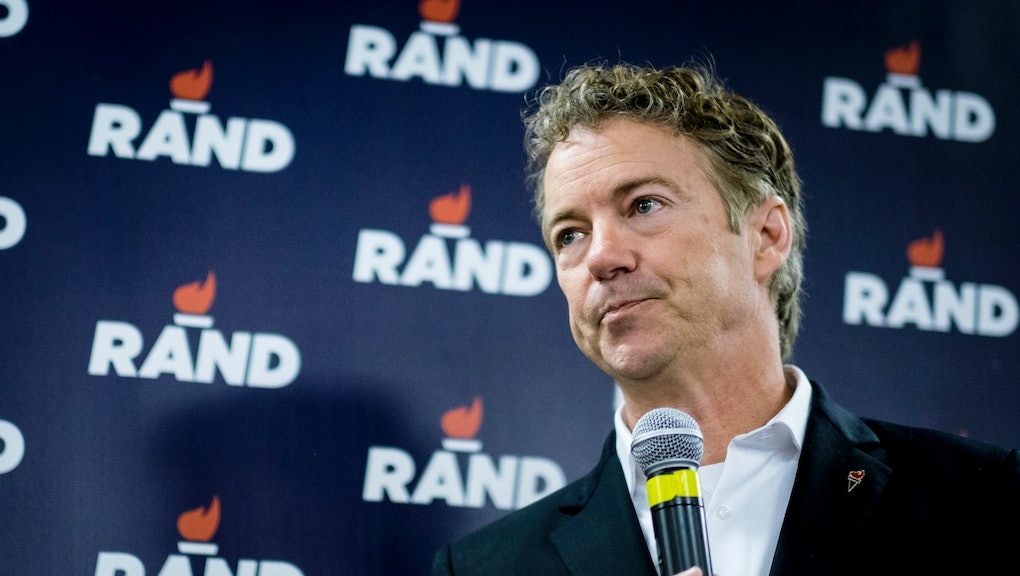 Obamacare Replacement: This is what Rand Paul is proposing after the repeal

Sen. Rand Paul revealed the generalities of his Obamacare replacement plan on Sunday, which he said would "insure the most amount of people" for the "least amount of cost."

"I think this is where Obamacare failed," Paul told CNN's Jake Tapper. "They wanted to insure people. Their motives were good. Their heart was in the right place. But they put so many mandates in it that they made it too expensive."

Paul's plan would "legalize the sale of inexpensive insurance," eliminating some of the Obamacare mandates he said have driven up cost.

Republicans appear poised to repeal the Affordable Care Act, but have yet to determine how they will replace it. Paul, long a vocal critic of Obamacare, teased his plan in a tweet Saturday and said that more details were on their way.

Paul was light on details in the State of the Union interview Sunday, but emphasized that he believed President Barack Obama's signature healthcare law needed to be replaced the same day it was repealed; Paul was the only Republican senator to vote against a budget resolution last week that paved the way for the big repeal without a replacement plan in place.

According to Paul, his bill would eliminate mandates that plans come with "pregnancy and dental coverage and all these things, which are great, but they add cost and that forced people out of the market."

The plan would also "help people save through health savings accounts" and provide a tax credit, Paul said.

Paul also discussed allowing small businesses to join together as a "large entity to get leverage to bring your prices down" and guarantee insurance that doesn't get canceled because of illness.

"We're going to allow individuals to come together in associations to buy insurance," Paul said.

Repealing Obamacare has been a top priority for Republicans, and President-elect Donald Trump has called for the law to be repealed and replaced "essentially simultaneously" – an ambitious, maybe impossible demand that puts him at odds with some congressional Republicans concerned that the process may be moving too quickly.

The Republicans have given themselves a Jan. 27 deadline to draft legislation for a replacement bill, but the date is not enforceable and could be subject to change.