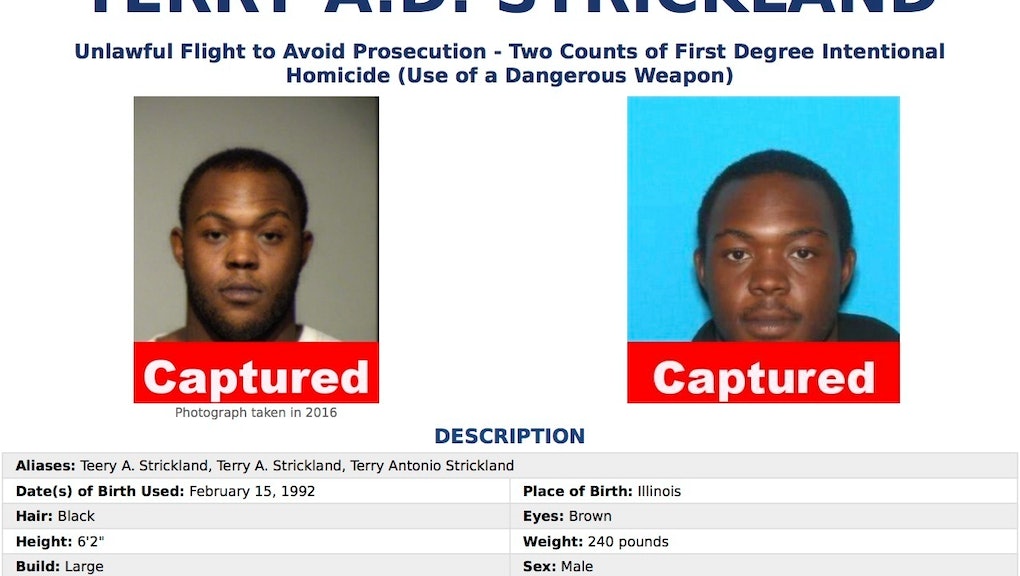 Who is Terry A.D. Strickland? FBI most wanted suspect captured in Texas

Terry A.D. Strickland, a 24-year-old Wisconsin man on the FBI's Ten Most Wanted Fugitives list, was captured Sunday, Jan. 15 at a traffic stop in El Paso, Texas. Strickland was charged with fatally shooting two men in Milwaukee, Wisconsin, on July 17, 2016 and was captured without incident.

"We got a tip from our public call line, our public access line stating that 'hey, I think I recognize this person.' A total of 18 law enforcement personnel from FBI and El Paso PD were involved in this overnight surveillance and arrest operation."

"On Jan. 14, 2017, FBI special agents conducted an interview regarding a tip from our public access line. The information involved the possibility of FBI Top Ten fugitive Terry Strickland temporarily residing in El Paso," Lindquist said. "FBI and partner agencies worked through the night of Saturday, Jan. 14 and well into the early morning hours of Sunday, Jan. 15 to locate Strickland."