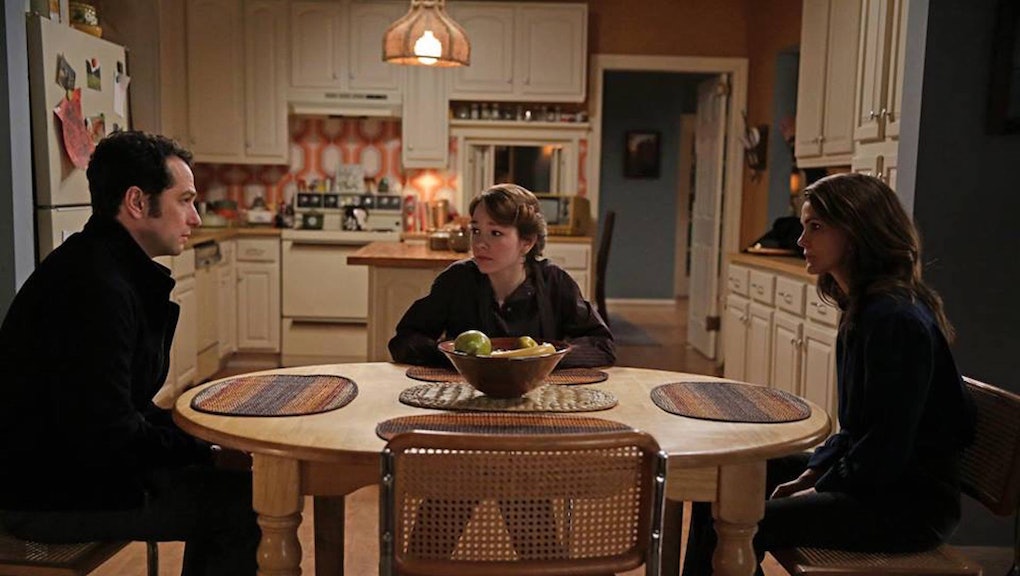 What does 'The Americans' have to say about our current relations with Russia?

Back when The Americans premiered in 2013 it felt like a drama set in its time and about its time. The parts that were supposed to resonate — that spoke about today's world — didn't have as much to do with political relations between the United States and Russia as they did with deeper ideas about humanity, marriage, and family. The same cannot be said for the series now.

On the heels of its fifth and penultimate season, The Americans is still a show that — at its core — is about family. But given the real-life and ongoing deterioration between the United States relationship with Russia, it's difficult not to find parallels, and not to watch the show under the lens of our current climate.

Speaking at a panel at the Television Critic's Association press tour in early January, The Americans' creator Joe Weisberg — who used to be a CIA officer — was asked, naturally, about the relationship between our world, where we continue to learn more and more about Russia's involvement in the 2016 presidential election, and the one we see in The Americans: Reagan era, near the end of the Cold War.

When we first meet Phillip and Elizabeth Jennings they appear to be the perfect American couple, the kind you think about from the '50s. For starters, they're hot, but they also live the ideal upper-middle class life with a home in the Washington, D.C., suburbs and two attractive kids. We immediately learn they're actually sleeper agents, sent from the Soviet Union over a decade earlier to carry out all sorts of missions: most involving stealing information from the Americans to further their own cause. Sound familiar?

"There's something in a twisted way that's kind of fun about seeing all this stuff in the headlines that we're trafficking in all the time," Weisberg said. "On the other hand, the initial idea of the show was really to say, 'Hey look, these people who we think of as enemies are just like us.' That was at a more peaceful time in U.S.-Russia relations, and to see things have spiraled so out of control, frankly, just doesn't feel so good."

Under this light The Americans has been able to read as a sort of cautionary tale. As viewers with a healthy distance from the Cold War, we are able to enter the series with a more nuanced understanding of the time. It's not a "Russia is bad" and "the U.S. is good" kind of show, rather it shows that both countries are capable of evil acts — the Russian's kidnapping of a physicist who defected to the U.S. and the U.S.'s overall mishandling of the Nicaraguan Revolution stand out — and non-evil acts — CIA agent Stan Beeman playing a friendly game of racquetball with Phillip.

"It's funny — it seems like what we were saying within the show may be more specifically relevant to Russia. But that seems coincidental because we thought we were saying it just with regards to the concept of a generic enemy and how important it is to remember that our enemies are human," executive producer Joel Fields added at the TCA panel.

Despite the coincidence, neither Weisberg and Fields are interested in bringing in contemporary politics into the show. "We try to stay in a bubble because we don't want anybody to ever feel like the people doing this show are watching current events," Weisberg said.

Still, even if they don't plan on making nods to current events, with everything beginning to drop on Russia, it'll be interesting to see if fans can be as diplomatic in the upcoming season, which returns on March 7 at at 10 p.m. on FX.