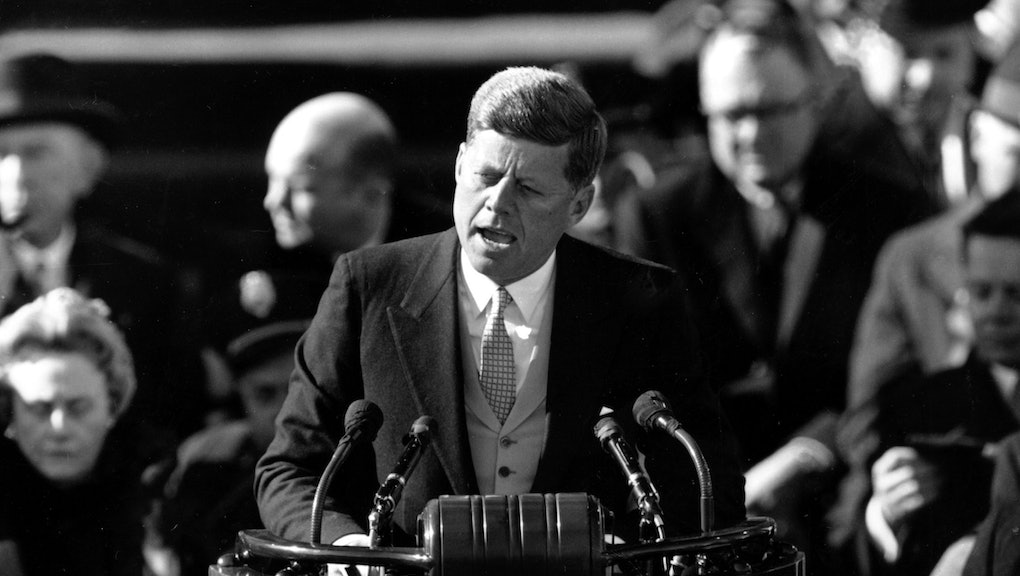 On Friday, Donald Trump will be sworn in as the 45th president of the United States. It will mark the 58th inauguration ceremony in the nation's history.

Here are some of the most notable moments from the first 57 swearing-in ceremonies:

While the inauguration is mostly a sober affair symbolizing the peaceful transfer of power, the ceremonies have featured some moments of levity over the years. Botched oaths, Sasha Obama yawning during her father's speech, JFK's podium catching fire — these all had comedic value. But perhaps none match the surreal comedy of Texas-born Dwight D. Eisenhower being lassoed by a cowboy.

Like one of those weirdos you see walking down the street in shorts in the middle of January, William Henry Harrison famously chose not to wear a hat and coat during his 1841 wintry inauguration, which led to him catching pneumonia — which led to him dying after just a month in office.

Bill Clinton inexplicably had Elvis impersonators at his inauguration in 1993.

And Andrew Jackson evidently hosted an inauguration day open house in 1829 that nearly destroyed the White House. In what sounds like a pretty damn awesome rager, revelers "drank heavily, destroyed furniture and china, and even ground cheese into the carpets with their boots." Jackson, who fought in both the Revolutionary War and the War of 1812, is said to have booked it out the back door, and the destructive party could only be saved by moving tubs of punch to the White House lawn to draw the drinkers outside.

Still, these examples will likely pale in comparison to the weirdness of seeing the dude from The Apprentice sworn in.

The most important inauguration moments

Some of the most important moments in American history have occurred during the presidential inauguration.

It was the venue in which Abraham Lincoln addressed slavery and called to "bind up the nation's wounds" against the backdrop of the Civil War. It was where John F. Kennedy urged Americans to "ask not what your country can do for you – ask what you can do for your country" and where Franklin Delano Roosevelt declared that "the only thing we have to fear is fear itself." It is where our first black president called on a nation to "brave once more the icy currents, and endure what storms may come."