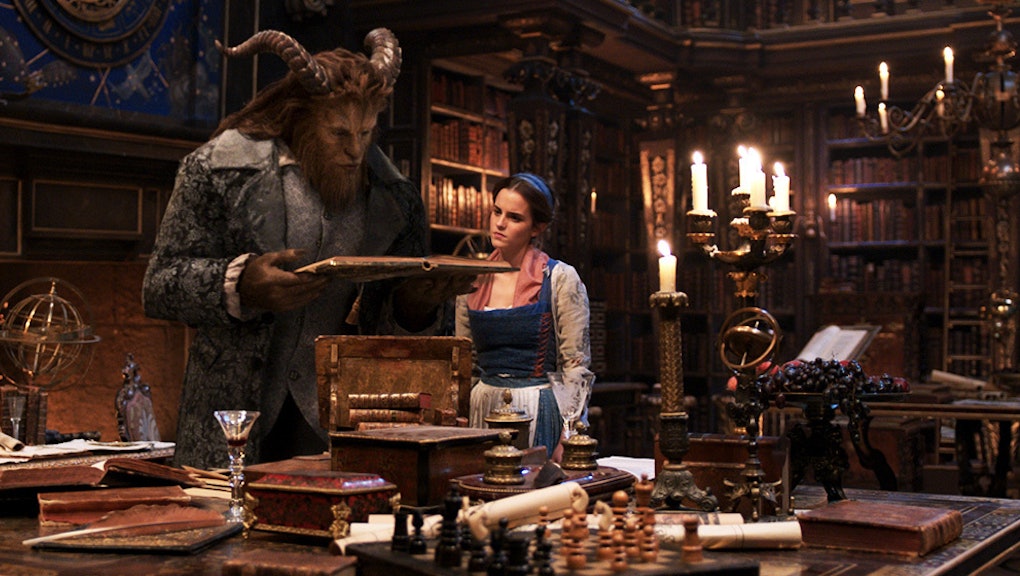 Emma Watson has been wearing her feminism on her sleeve for years, so it was a surprise to some fans when she announced she was donning the iconic yellow dress of a Disney princess to star in the live-action remake of Disney's Beauty and the Beast.

Along with her famous performance as the independent academic Hermione Granger in the Harry Potter film series, Watson has served as a goodwill ambassador for UN Women, for which she gave an impassioned speech about the HeForShe campaign and curated an online feminist book club on GoodReads, as well as helping to share books in real life (and on public transportation).

Watson, who, during her speech described feminism as "the theory of the political, economic and social equality of the sexes," was offered the opportunity to bring another princess to life — the title role in the live-action remake of the animated Disney movie Cinderella — but she declined the offer.

She said she did not know that playing Belle in Beauty and the Beast would be an option when she turned down Cinderella, but Watson reportedly told Total Film that when she was offered the part, she felt connected to Belle more than Cinderella, and considers Belle a better role model.

"She remains curious, compassionate and open-minded. And that's the kind of woman I would want to embody as a role model, given the choice," she said, according to E! News. "There's this kind of outsider quality that Belle had, and the fact she had this really empowering defiance of what was expected of her. In a strange way, she challenges the status quo of the place she lives in, and I found that really inspiring. She manages to keep her integrity and have a completely independent point of view. She's not easily swayed by other people's perspective — not swayed by fear-mongering or scapegoating."

Despite featuring a heroine who loves to read, declines a marriage proposal from a man she dislikes, the animated Beauty and the Beast is not widely considered a feminist story.

Watson reportedly signed on to the project after director Bill Condon agreed to a "collaborative" process, which turned out to include adjusting the plot to give Belle more of a backstory.

"In the animated movie, it's her father who is the inventor, and we actually co-opted that for Belle," Watson told Entertainment Weekly. "I was like, 'Well, there was never very much information or detail at the beginning of the story as to why Belle didn't fit in, other than she liked books. Also what is she doing with her time?' So, we created a backstory for her, which was that she had invented a kind of washing machine, so that, instead of doing laundry, she could sit and use that time to read instead. So, yeah, we made Belle an inventor."

Beauty and the Beast will be released March 17.