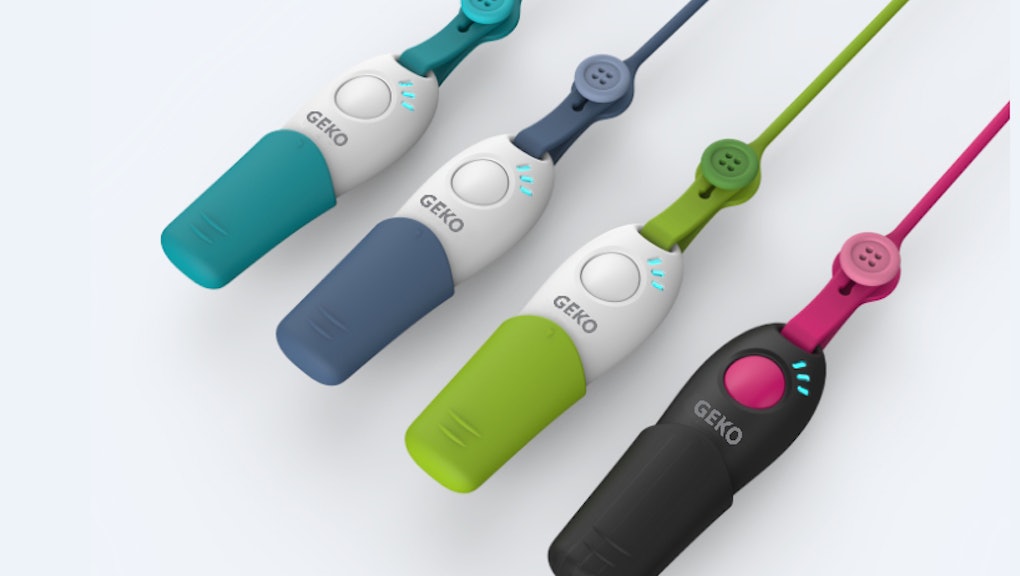 Geko's Smart Whistle wants to keep you safe in real-time

Could helping someone in need or even stopping assaults before they happen be as simple as blowing a high-tech whistle? That's the goal of Geko's Smart Whistle.

The company's GPS-tracking, Bluetooth-enabled whistle automatically sends emails and texts to up to three pre-chosen contacts when blown that happens via its free downloadable app through a partnership with tech company WISO. Android smartphone owners can also set their device to make phone calls in cases of emergency. Every digital SOS includes the individual's location and re-sends it on a loop every two to three minutes until it's disabled. Once deactivated, a separate second message is then shared with the user's contact list to let them know they're safe.

If victims can't blow on the whistle's mouthpiece for some reason they can push and hold a panic button on the front of the gadget to kick it into emergency mode and set off the same safety steps mentioned above. For those looking for an extra level of security, the app can also be set up to emit a loud siren alarm or whistle-like sound in times of crisis.

Ironically the personal safety device is far from discrete — it comes in lime green, turquoise, a bright fuchsia/black combination or sea blue — and is easy to spot from a distance. Its flexible rubber casing and stretchable leash means it can easily be manipulated to attach to belt buckles, bags or key rings and be hidden from sight until it's needed.

While it makes sense to invest in a wearable device like this one possible security hiccup that could arise is its geo-location feature, which shares the owner's GPS coordinates sourced from its in-phone app. If, for example, during an attack or in emergencies a victim's phone is dropped, destroyed or thrown away it could be difficult — perhaps even impossible? — to find them, but it's a better alternative to nothing at all.

While the device can be used by any person of any age or sex — in fact, Geko calls it a great tool for the elderly, students, athletes and more — its promotional videos and online material tend to feature women in distress, making it more than obvious that Smart Whistle is really aimed at them. It's hard to know whether or not a high-tech whistle can actually save someone's life, but any tool that has the potential to fend off attacks, thwart would-be criminals or keep someone safe is always a good thing.

The safety device retails for $49.99 on Amazon and is compatible with both iOS and Android phones.