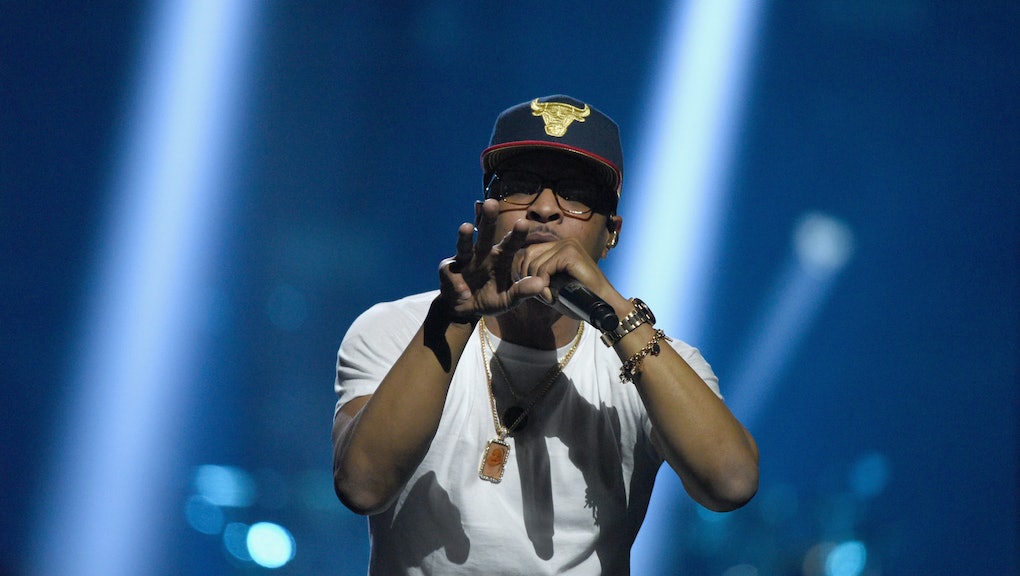 Meeting with a president-elect used to be an honor for most celebrities. But in 2017, it's an invitation that spawns more publicity nightmares than easy wins. Nearly every celebrity who has met with President-elect Donald Trump to discuss the issues facing the nation has left his golden tower to wade through a flood of controversy. Kanye West, Steve Harvey and Ray Lewis all recently met with Trump, resulting in some on-lookers stunned at the fallout.

Allow rapper T.I., one of 2016's most unexpectedly devastating protest musicians, to say why such backlash is warranted, and why black and minority celebrities should think twice before posing for a picture with Trump.

In a series of Instagrams, collected into a YouTube video by Auc Hot Spot, T.I. puts West and Harvey on blast, breaking down how their meetings serves to normalize the division and violence Trump is ushering into the White House.

"There's nothing wrong with sitting down across from anybody no matter how different your views may be from theirs and how different your background may be, as long as they give you the basic human decency of respecting your values, respecting your ancestors' legacies, and not representing hate groups that are adamantly against your advancements and progression as a people. "That being said — Kanye, what the fuck you doing, man? Steve, man? You know way better."

T.I. explains that each of these celebrities, including Martin Luther King III who had a "constructive meeting" Monday with Trump, is simply a pawn in a larger Trump media campaign.

"There is a strategic plan that people are tryin' to make you a part of. Do not accept any invitation to have any meeting — no matter how positive you feel the outcome may be — without understanding that people have a very 'Willie Lynch' agenda."

Several times, T.I. returns to this "Willie Lynch" agenda, which refers to a speech once reportedly delivered by a white slave owner of that name, telling other slave owners the best way to control their slaves is to pit them against one another. Trump is doing exactly that, T.I. claims, by aligning himself with hate groups and meeting with black celebrities to get his words a seeming co-sign. Later on Monday, T.I. posted a clip from a Malcolm X speech that drives at a similar point.

All of T.I.'s advocacy follows a brilliant open letter to Trump and an expanded version of his political EP Us or Else, both of which call out Trump's divisive rhetoric and offer paths toward unity.

"Should it ever at times seem as though WE are against YOU, I assure you it's a result of YOU defining yourself as the representative for those who are and who always have been against U.S.," T.I. wrote in his letter, Rolling Stone reported. We'll have see if the words get through to Trump's infant administration, but don't expect T.I. to accept a coffee date to take them through.