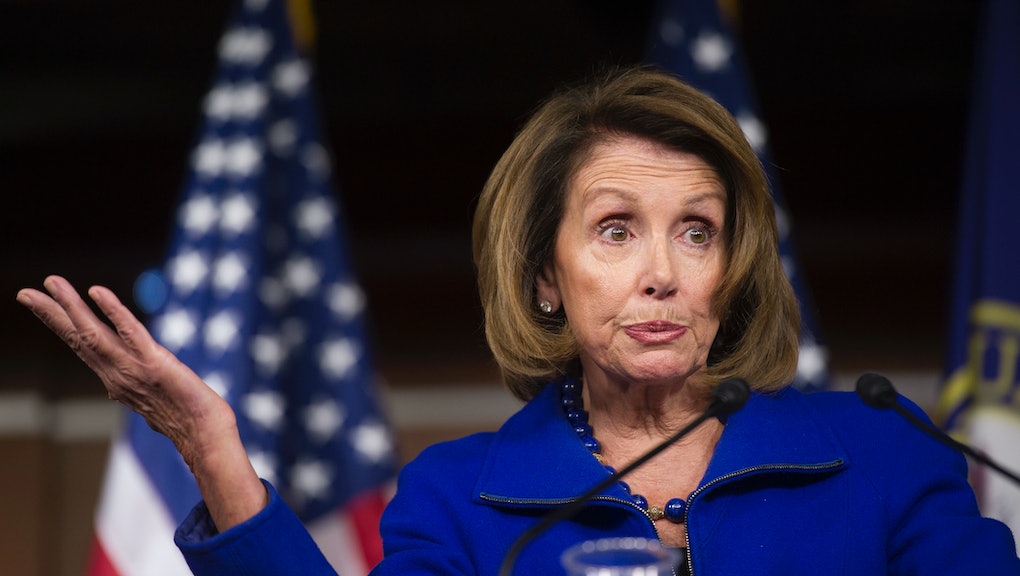 House Minority Leader Nancy Pelosi has been on the front lines of the national political machine for more than a decade and became the first woman in history to lead House Democrats way back in 2002. She's also served as Speaker of the House and has represented the San Francisco area in Congress since 1987.

With Pelosi primed to provide some of the most visible and potentially effective pushback against Donald Trump and the Republican agenda, here are five facts you may not know about Pelosi’s personal life and background:

Though Pelosi has frequently made a point of trying to appeal to lower-income voters, she herself is anything but. With a net worth of at least $29.3 million, she is the fourth-richest member of the California congressional delegation.

Her husband is a real estate mogul and venture capitalist

So, how exactly did Pelosi end up so wealthy? It's mostly thanks to business conducted by her husband, Paul Pelosi. The owner of a consulting and investing firm has generally kept a low profile, preferring to let his wife shine in the political spotlight while he rakes in the big money. Paul Pelosi was also the owner of a team in a short-lived NFL competitor called the United Football League, which led to some legal trouble for the financier.

She comes from a political family

Pelosi was born in Baltimore, and her family makes it clear how she ended up in politics. Her father, Thomas J. D’Alesandro III, was mayor of Charm City from 1967-1971. Her brother, also named Thomas, would go on to serve in the same position.

Her daughter is a filmmaker

Pelosi’s daughter, Alexandra Pelosi, is an Emmy-award winning documentary filmmaker. Her recent film, Meet the Donors: Does Money Talk, looked at the billionaires who contribute huge sums of money to political candidates.

She owns a vineyard

If you ever get invited to dinner at the Pelosi house, you can be sure it won’t be short on vino. The Pelosis own a vineyard in California that sells between $5,001 and $15,000 worth of grapes each year.