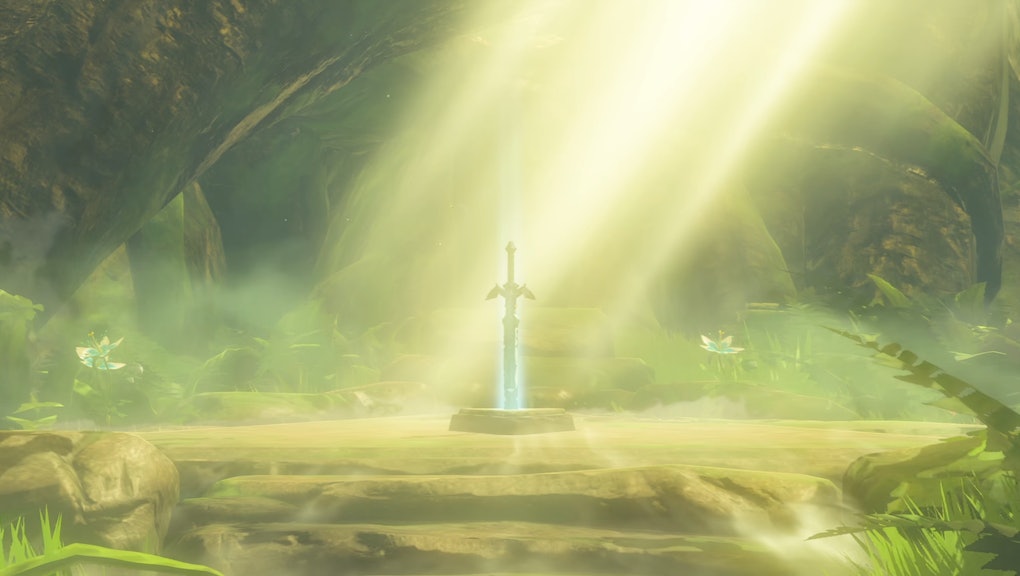 Last week, we got an incredible new trailer for The Legend of Zelda: Breath of the Wild and the excellent news that it will launch with Nintendo Switch on March 3. We also got a look at the Master Edition of the game, an expensive package that comes with a bunch of bonuses, most notably a parchment map of the game world with some mysterious art on the back.

The art on the back of the parchment held more clues to the game's backstory than we could have ever realized, as YouTube user Zeltik and his merry band of Zelda fanatics have made a breakthrough. By deciphering the fictional language that surrounds the illustrations, they've discovered the events take place 100 years before the game starts.

Warning: What follows could be considered Breath of the Wild spoilers, so if you want to go into the game fresh when it launches in March, stop reading here.

Learn what happened in the world of Zelda 100 years ago

If you can't watch the video for whatever reason, don't worry. We've got your back. Per Nintendo Everything, here is a transcription of the deciphered text found on the Master Edition's parchment map:

Hylians pass stories of a destined time long past, where multiple races lived and worked together in harmony. The Sheikah Tribe's blue aura breathed through the land, and this mutual prosperity continued, until a cataclysmic disaster struck. The hero and the princess attempted in vain to seal the terror, which became known as the Calamity Ganon. Divine Beasts awoke from four directions, and deployed a mechanical army which made the king and his people fearful. They fractured Ganon's power and sealed him ... But the Sheikah were banished from the land ever since.

Basically, this is a mix of Zelda and The Terminator. Link and Princess Zelda failed to defeat Ganon — more on this later. As a last resort, a mechanized army of spider-like creatures and four gigantic robotic beasts was activated to save the world from Ganon, only to be corrupted and turned against the people. Ganon was somehow contained within Hyrule Castle while the kingdom more or less fell apart.

Fast forward 100 years later and Link wakes up in a sort of cryostasis chamber to find a ruined world he must save. That is how Breath of the Wild begins.

This isn't particularly surprising for hardcore Zelda fans, as Nintendo has hidden easter eggs behind fictional in-game languages for decades. Still, hiding important plot details on a collector's item they showed us before the game came out is a bit sloppy, to be honest.

The Zelda series has a fairly complex chronology that binds all the games together, as revealed in the 2011 art book Hyrule Historia. The main thing you need to know is the story splits into three alternate timelines at the end of the Nintendo 64 classic Ocarina of Time.

That is important because one of those alternate timelines is a hypothetical scenario that we don't actually see in Ocarina of Time. This timeline was instead made up by Nintendo years later in order to find a way to fit some games into the complex narrative. The hypothetical scenario has Link falling to Ganon at the end of Ocarina of Time, which sends Hyrule into chaos and eventually leads to the original The Legend of Zelda.

One theory, which is supported by the text Zeltik and his partners deciphered, is that you will be playing as Link from Ocarina of Time in Breath of the Wild. This version of Link was either put in stasis for 100 years or resurrected 100 years after dying at the hands of Ganon. If this theory proves correct, you will get to explore the open world of Hyrule as the Hero of Time himself, the protagonist of what many consider to be the greatest game of all time.

We'll all find out together in early March.