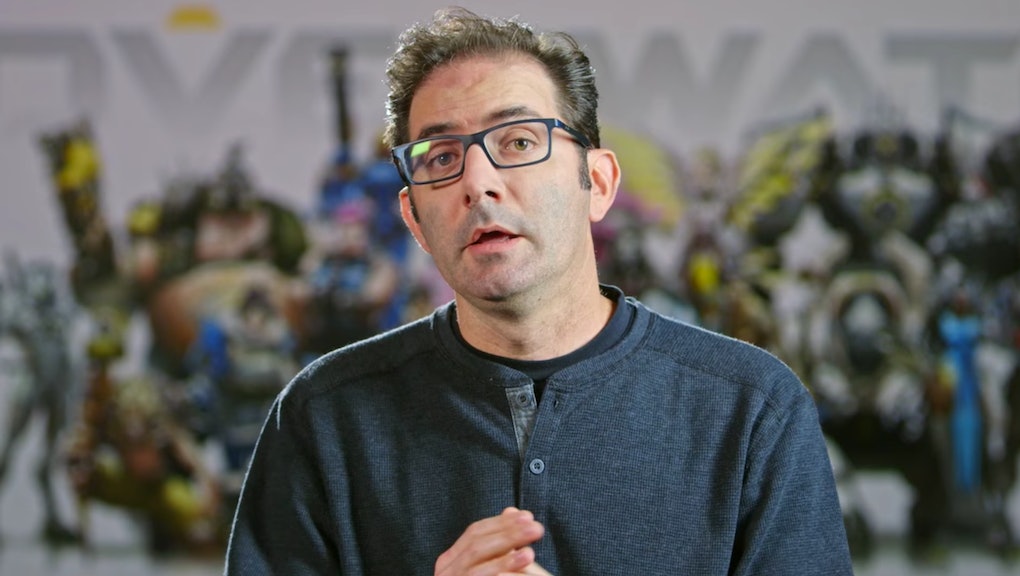 Overwatch director Jeff Kaplan often uses Overwatch forums to discuss the latest updates with the community, but he occasionally gets out his inner PewDiePie through vlog-style "developer update" videos, too.

In his latest video, Kaplan does his best to address a number of concerns he's been hearing from the Overwatch community on its public test realm.

The full developer update — embedded below — is about 14 minutes long. If you don't have the time, we have a quick summary of Kaplan's main points following the video.

One complaint Kaplan says he hears a lot is: "What's the point of the PTR? You never change anything based on player feedback anyway." Kaplan's response was twofold.

First, Kaplan says that's not the PTR's primary function. The PTR is primarily used to make sure the game doesn't have any game-breaking crashes and runs smoothly on a technical level. Feedback from players on balance changes — a topic on which he spoke recently, asking for better feedback overall — is actually a secondary concern.

Secondly, Kaplan says changes on the PTR exist in large part because of player feedback. He cites footage of instances in which Roadhog's hook misbehaved as a reason it's being patched at all. Once a patch hits PTR, Blizzard closely monitors data on the live servers and PTR as a way of measuring the efficacy of pending changes, according to Kaplan.

Another issue Kaplan addresses is whether a PTR will ever come to consoles. It doesn't sound likely, and "logistical challenges" are mostly to blame.

These logistical challenges mostly have to do with the certification process patches have to go through to go live on PS4 and Xbox One. Patches on PC go through Blizzard's own service, Battle.net, so it sounds like it's simply more feasible to use the PC version as a testing ground.

Patches on Xbox One and PS4 go through Microsoft and Sony, respectively, which seems to be a more cumbersome process. It's likely Blizzard would rather tinker with potential changes on PC and push them through certification once it's sure they're solid.

"This doesn't mean that never will we ever PTR on console," Kaplan says, but it doesn't sound like it's anything players can expect in the near future.

Overwatch New Updates: Why aren't there incentives for players to use PTR?

Currently, experience doesn't carry over from the PTR to live servers, so players have been asking for some kind of added incentive. Currently, the only incentive is you get to play new patches before anyone else.

Kaplan says Blizzard is "looking into" the possibility of awarding loot boxes or having experience transfer from PTR to live servers, but it's just a question of whether it's worth putting development time into such a feature. Doing so would take development time away from features for the live version of the game.

Again, it doesn't sound like something that will happen anytime soon.

Kaplan dedicates the last part of the video to discussing pending changes on the PTR, like Roadhog's new hook, the nerfs to D.Va and Ana and the buffs to Sombra. He basically summarizes the changes and says Blizzard will be watching to make sure they're having the intended effects.