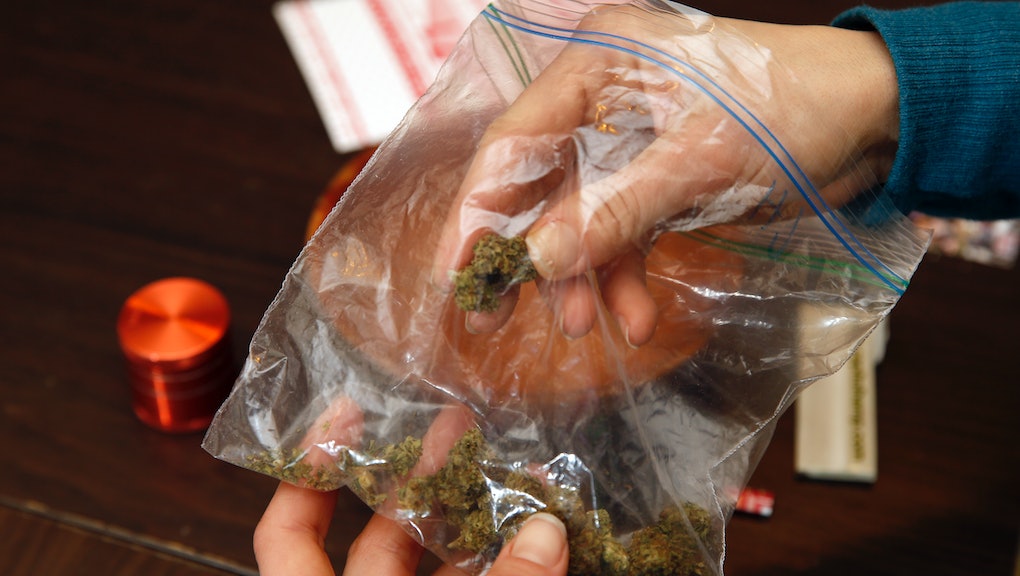 How much weed can I carry in California? Rules, regulations and more

You can smoke and carry weed now in California. But how much marijuana can you legally have on you?

The passage of proposition 64 allows individuals in the state of California to legally possess one ounce of marijuana, or 8 grams of cannabis concentrates, according to the Sacramento Bee. That works out to 57 half-gram joints, 16 vape pen cartridges, 80 packs of Edipure Gummy Bears or 40 Dr. Roberts Bakery Chocolate Brownies.

There are still certain rules and regulations about who can and cannot carry marijuana, and where. People under 21 are not legally allowed to buy, sell or have possession of the drug. You also still can't take marijuana onto a plane.

Driving with weed is another tricky subject. If you are caught driving under the influence, you can be arrested, as this is still illegal in the state. According to the Cannabist, you can drive on a federal highway as long as the container holding the drug is sealed and hasn't been opened or used while you are driving.

You shouldn't cross any state lines with weed in your car, as it will no longer be safe to possess it in states that haven't legalized the drug, the Cannabist notes. You also shouldn't take it to a federal park.