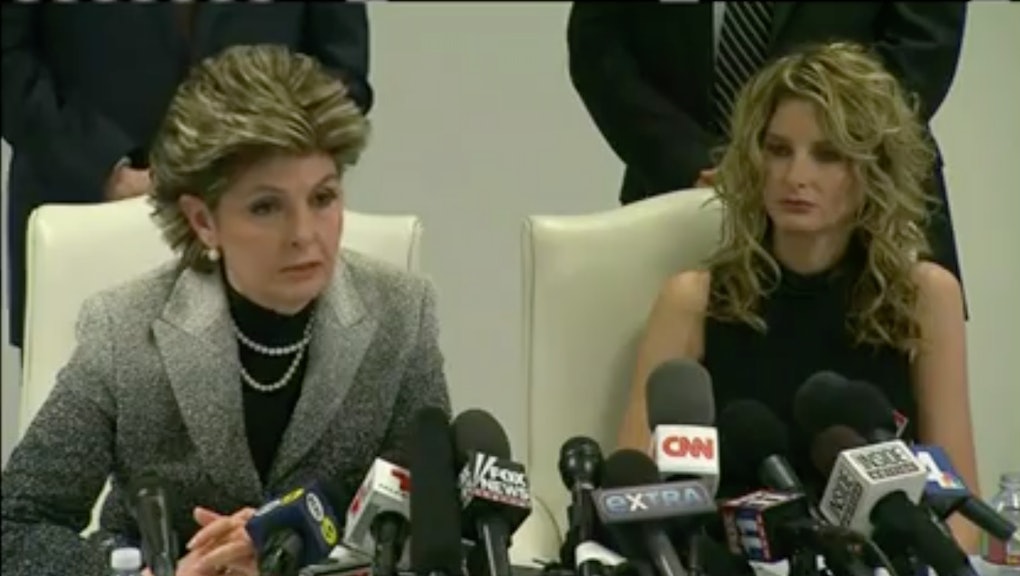 During a press conference on Tuesday, former Apprentice contestant Summer Zervos announced that she has filed a defamation lawsuit against United States president-elect Donald Trump, just three days shy of his inauguration ceremony.

Zervos appeared at the conference flanked by her lawyer, famed women's rights attorney Gloria Allred, to announce the allegations.

Allred told reporters that the purpose of the lawsuit is to hold Trump accountable for using “his national and international bully pulpit” to humiliate and silence Zervos and other women who have lodged similar complaints against him.

A public copy of the lawsuit reveals that Zervos claims that she was "ambushed by Mr. Trump on more than one occasion":

Mr. Trump suddenly, and without her consent, kissed her on her mouth repeatedly; he touched her breast; and he pressed his genitals up against her. Ms. Zervos never consented to any of this disgusting touching. Instead, she repeatedly expressed that he should stop his inappropriate sexual behavior, including by shoving him away from her forcefully, and telling him to “get real.” Mr. Trump did not care, he kept touching her anyway.

She said that Zervos will immediately dismiss the lawsuit if Trump admits to the “sexually inappropriate” conduct he has been accused of.

In an emailed statement, Trump spokeswoman Hope Hicks refuted the claims of the lawsuit.

“More of the same from Gloria Allred. There is no truth to this absurd story,” she said.

This isn't the first time Zervos has made accusations of unwanted sexual contact by Trump public. In October 2016, Zervos alleged that Trump had subjected her to "unwanted kissing and groping" in 2007, and that he subsequently became vindictive after she rejected his advances.

During Tuesday's conference, Allred said that Trump's financial resources turned the lawsuit into a "David and Goliath" battle, but reiterated that the case was an important signifier to female assault victims.

"Women are not a footnote to history," she said. "They matter, we value them ... and we value women that allege that they have been the victims of injustice."