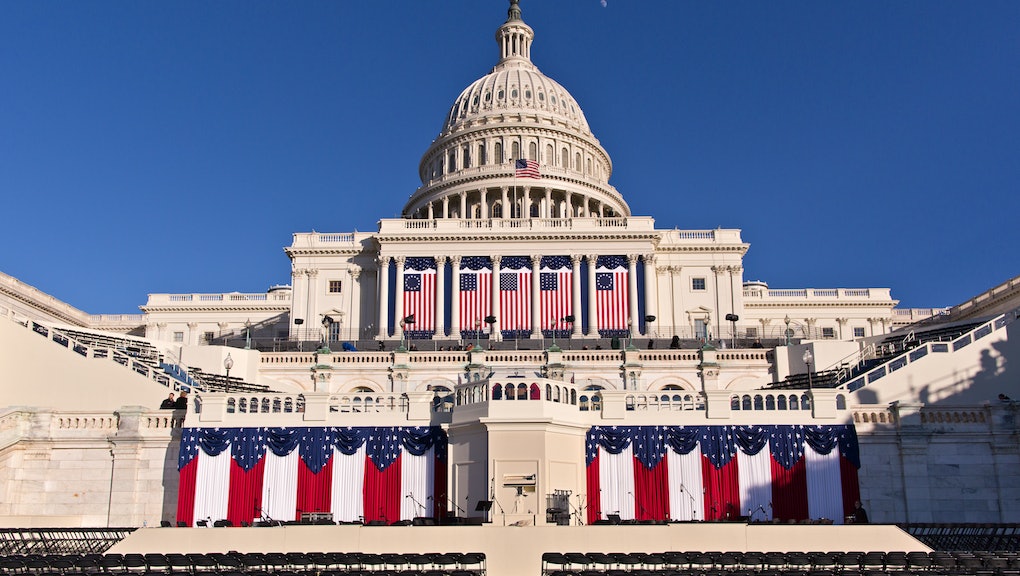 What does the president say when they take the oath of office?

The presidential oath of office is an affirmation the incoming United States president takes while assuming the presidency, while laying a hand on an open Bible. The oath is 35 words long and stipulated in Article 2, Section 1, clause eight of the U.S. Constitution:

Presidents have typically closed the oath by saying "so help me God," even though these words do not appear in the Constitution. According to website Constitution Daily, George Washington has long been credited for concluding the oath with those words at his inauguration in 1789, though that claim has been disputed more recently. Some now believe the tradition started with the 21st president, Chester A. Arthur.

Other presidents, however, had their own way to wrap up the oath. For instance, President Theodore Roosevelt omitted "so help me God" and concluded by saying "And thus I swear," Constitution Daily reports.