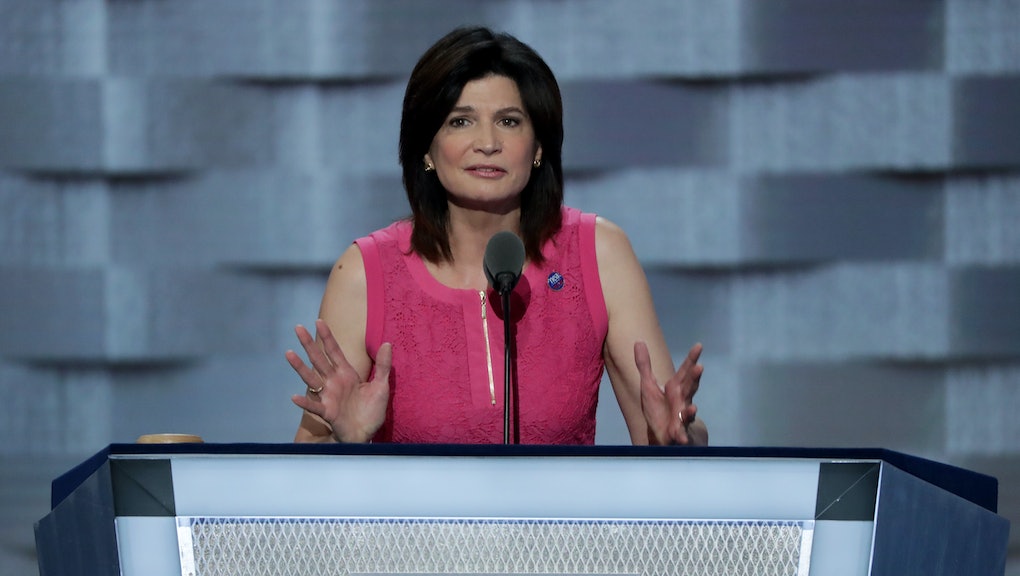 Shortly before Betsy DeVos began her testimony in front of the U.S. Senate at her confirmation hearing, Garcia said in an interview that Trump's nominee to lead the Department of Education is unqualified and has the wrong vision for the nation's schools.

"I don’t think you will find one human being who could actually point to something who could say, 'Because she did this, it really improved those traditional, neighborhood public schools," Garcia said. "What you're seeing here is a trainwreck waiting to happen."

Garcia blasted DeVos' decades-long devotion to "school choice," the belief that giving parents and children alternatives to public education will produce better educational results. DeVos applied this method in Michigan, where she spent part of her multibillion-dollar fortune to influence state education policy.

As DeVos' hearing began Tuesday evening, Republicans and Democrats postured on her confirmation. The nomination has caused controversy around Devos' vigorous support of charter schools and her considerable personal wealth.

"I believe she is in the mainstream of public opinion, and her critics are not," Sen. Lamar Alexander, the Republican chair of the committee that will vote to reccomend DeVos' confirmation, said at the outset of the hearing.

However, Washington Sen. Patty Murray, the committee's top Democrat, criticized the GOP for holding DeVos' hearing without securing paperwork showing she is free of conflicts of interest. Murray added, "I owe everything I have to strong public schools," and said she would not support shifting federal dollars to unaccountable charter schools.

The larger concern for Garcia — who dubbed the nominee "Betsy Absolutely-no-experience DeVos" — is with DeVos' ideology, not her money. Garcia said challenged public schools succeed when charter schools and voucher programs do not deplete their resources. She asserted that, as secretary of education, DeVos would oversee federal programs like special education funding and aid to poorer schools, government initiatives Garcia fears DeVos would drain in order to further charter schools nationally.

A 2016 New York Times report found that after two decades of funding charter schools in Detroit, only half of those schools met the standards of their public counterparts. And a 2015 federal review raised questions about accountability in the state's charter school system.

"We worry on so many levels," Garcia said. "And we are urging every senator to reject this nominee."

The Trump transition team did not immediately respond to Mic's request for comment on Garcia's views. This story will be updated upon receiving a response.