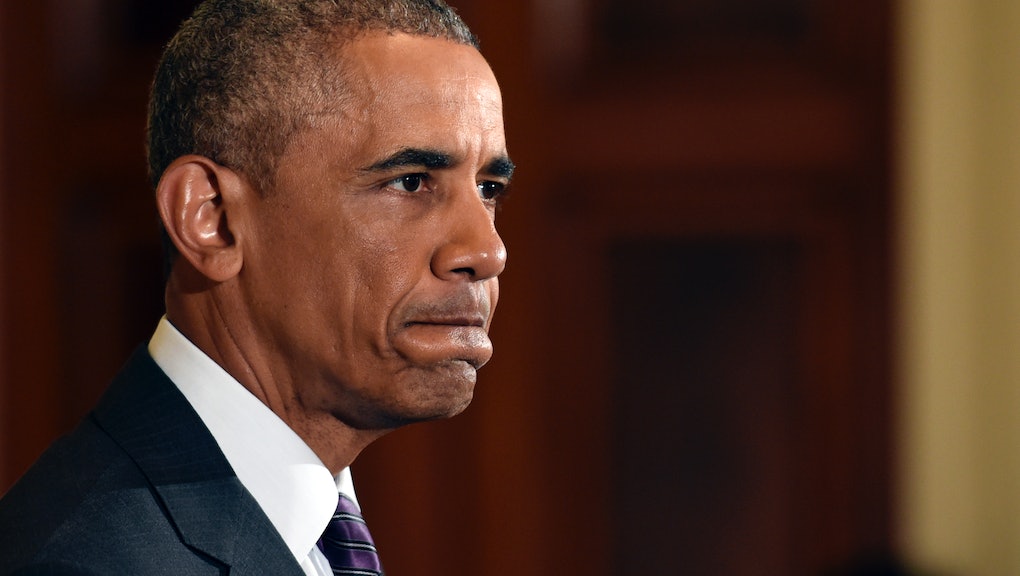 Despite setting Chelsea Manning free, Obama was no champion of LGBTQ rights

President Barack Obama is not even out of office, yet his post-presidential LGBTQ hagiography has begun, spurred by clickbait headlines, yesterday’s commutation of WikiLeaks whistleblower Chelsea Manning’s sentence and the gushing of a few professional queers.

Typical of these efforts is a recent Associated Press article titled “LGBT activists view Obama as staunch champion of their cause.” Despite citing only two such persons, it claims that “legions of lesbian, gay, bisexual and transgender Americans consider him — among all U.S. presidents — the greatest champion of their rights and well-being.” (An earlier version of the same piece carried the equally bombastic title, “Will Obama’s greatest accomplishment be his record on LGBT rights?” though no one seems to be asking that question but journalists in search of a new angle on a "Gone Daddy Gone" story.)

Still, given the tendency of the tail to wag the dog when it comes to historical memory, it seems sagacious to set the record straight, so to speak, before the cement hardens on this make-believe monument. Three major chapters in the advancement of LGBTQ rights played out on Obama’s watch — the passage of marriage equality, the repeal of the Defense of Marriage Act and the repeal of the military’s "Don’t Ask, Don’t Tell" policy — but that’s not the same as them happening because of his leadership.

Courage means taking risks, and leadership means getting out ahead of the pack. Obama demonstrated neither of these when it came to the rights of LGBTQ people and their families. Change happened because queer people took all the risks: of being out, of laying our bodies on the line, of pushing the Sisyphean rock uphill. Popular opinion ran ahead of the courts, and the judiciary caught up with popular opinion faster than Congress and the executive branch. Finally, a combination of judicial pressure and activist arm-twisting forced both Congress and the Obama administration to respond. The historical record reveals a president who acted primarily under duress or in the wake of demonstrable shifts in public opinion when he acted at all.

"Fear of chaos is literally the only thing that has ever gotten the Obama administration to move," said Heather Cronk, who was co-director of the LGBTQ rights group GetEQUAL when I spoke with her at the beginning of Obama’s second term. The same candidate who vowed to be a "fierce advocate" for LGBTQ rights during his 2008 campaign cooled his heels while scattering little more than breadcrumbs in our path until GetEQUAL helped spur him into action on the "Don't Ask, Don't Tell" policy on gays in the army in April 2010 — first by having hecklers challenge him during a fundraiser, then by having Lt. Dan Choi chain himself to the White House fence.

Likewise, the president's reversal of his position on marriage equality in May 2012 — long after it was legal in Iowa, New Hampshire and even Catholic strongholds like Portugal, Mexico City, Spain, Argentina and Brazil — occurred the month before Gay Pride. June represents a major campaign fundraising season, and at the time advocates disgusted with Obama’s waffling had successfully shut down the gAyTM that initially helped propel him into office. Half a dozen major polls showed most Americans supporting same-sex marriage. Any Democrat in Obama’s place would have made the same decision. In fact, both Vice President Joe Biden and Education Secretary Arne Duncan came out in favor of marriage equality several days prior to Obama, spurring him to act before history rolled past.

Many of Obama's accomplishments on LGBTQ rights, enacted by executive order rather than legislation, are easily undoable.

The 2011 decision by the Attorney General to no longer defend the Defense of Marriage Act’s provision defining marriage as only between a man and woman simply shaved time time off of the inevitable: the Supreme Court’s 2013 United States v. Windsor decision to rule DOMA unconstitutional under the Due Process Clause of the Fifth Amendment. In 2015, it was the Supreme Court that ushered in major change once more, this time in the form of the Obergefell v. Hodges ruling, which resulted in marriage equality nationwide. Yes, the White House was breathtakingly lit up in the colors of the rainbow, but was marriage equality Obama’s doing, and would any Democratic president — Hillary, Bernie, Kerry or Biden — have done differently? Nope.

Worst of all, Obama’s failure to spend any significant political capital on LGBTQ people means that many of his accomplishments, enacted by executive order rather than legislation, are easily undoable. These advances include Obama’s extending to LGBT couples the Family Medical Leave Act that had previously been offered only to heterosexual couples. (It mandates that workers are able to take up to 12 weeks of unpaid leave to take care of family members or themselves.) Also, Obama’s mandate that any hospital receiving Medicare or Medicaid funds (virtually all hospitals) must allow LGBTQ visitation rights. As for the executive order Obama finally signed in 2014, six years after his 2008 campaign promise, banning federal contractors from discriminating against employees based on sexual orientation or gender identity: President-elect Trump has broadly hinted at rescinding it.

Spare me any caterwauling about how superior Obama has been to our future Pussy Grabber in Chief. Everyone knows that the GOP is far worse, what with their fake concern for the tragedy in Orlando (it’s not okay to attend rallies held by death-to-gays pastors, then pray for us on Twitter), their anti-marriage equality president and his homophobic vice president, and their ridiculous claim that their Islamophobia is a show of support for LGBTQ people. That’s not the point.

The point is that the time for genuine courage is past when it comes to marriage equality, DADT and DOMA. It has come and gone with little more than then-San Francisco Mayor Gavin Newsome’s brave decision to marry couples in the winter of 2004. The fact is that those few key advances that Obama introduced, he failed to protect. So ignore all those who claim credit for things they did not do as well as the naïveté of those blind to the dangers ahead. Hold both your applause and your fire for the circus to come.