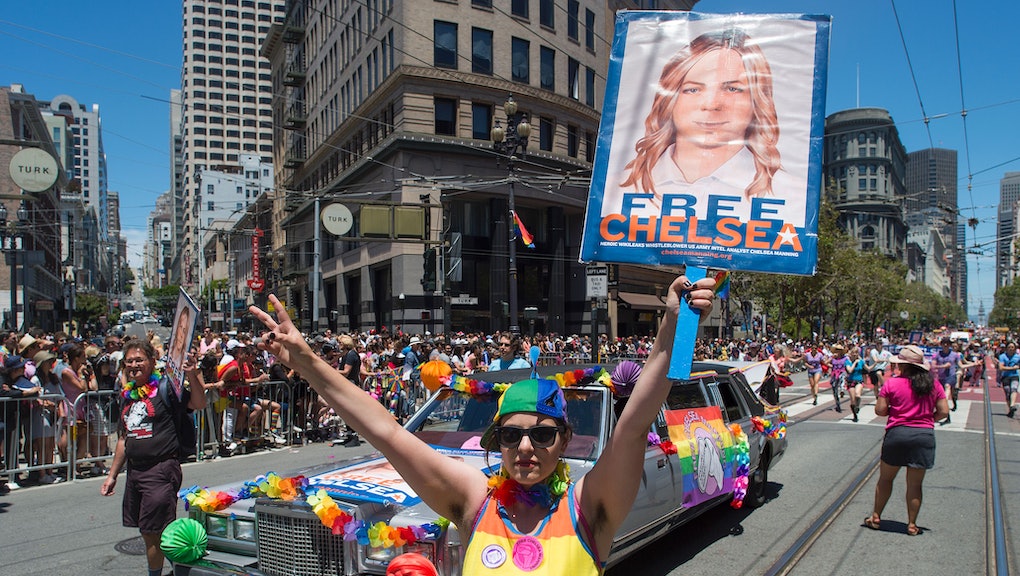 On Tuesday, after President Barack Obama commuted the sentence for Chelsea Manning, a transgender woman who is serving a 35-year sentence for leaking classified documents, many corners of the internet applauded the president's decision.

That was not the case in the conservative media sphere, as noted by Media Matters. Many conservative pundits either chose to denigrate Manning's transgender identity or say that her identity was the sole reason she had been granted a commutation.

Ben Shapiro, editor-in-chief of the The Daily Wire, said on Twitter that traitors were bad whether they were "men or men who think they're women," deliberately mischaracterizing and denigrating Manning's trans identity.

The National Review's Jim Geraghty lumped Manning, a trans woman, in with other "bad guys" like Julian Assange and Edward Snowden, and used a picture of Manning pre-transition.

Other piled on the insults — making fun of Manning's ongoing transition, making light of her time in prison and even claiming Manning has something called "trans privilege."

While these pundits' cruelty certainly doesn't sour the victory of Manning and the legal team who advocated on her behalf, it does show that there's a long way to go when it comes to addressing transphobia in our current media landscape.