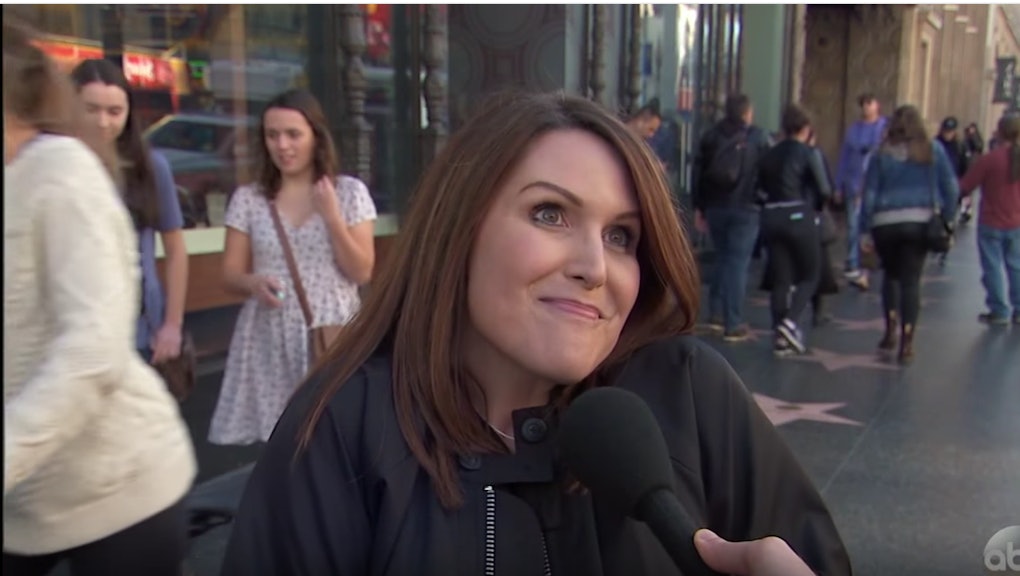 Jimmy Kimmel asks about the difference between Obamacare and the ACA. Nobody knows there isn't one.

Back in 2013, Jimmy Kimmel sent some members of his crew to the streets of Los Angeles and asked people whether they preferred Obamacare or the Affordable Care Act (hint: they're the same thing). Yes, the Affordable Care Act may sound better, but Republicans — specifically, Mitt Romney — gave it the "Obamacare" nickname as a slight to President Barack Obama. So again: different names, but same thing.

With the future of the ACA hanging in the balance thanks to the incoming presidency of Donald Trump, it's perhaps a topic Americans should be aware of, lest their health care go away and they have no idea what happened. So Tuesday night, Kimmel aired a second segment asking folks which one they preferred. Did they fare better?

"Affordable Care Act," a woman says, when asked which she prefers. "I'm not the biggest fan of Obama, so I don't support him in the Obama things that he's got going on. I'm actually pretty excited for President-elect Donald Trump."

"One is you pay," a man said, when asked about the difference between Obamacare and the ACA. "And then the other is Obama pays for you ... pretty big difference."

"I believe with Obamacare, the premiums are too high, so I believe in the Affordable Care Act," another man said, before confirming that he prefers the ACA. "Which is obvious because it's in the name."

Now here's a Trump supporter — after stating her support for the ACA because she doesn't like Obama — learning that there's no difference:

The best part of the segment, however, came at the end when the crew interviewed a man who was clearly stoned. He did think Obama was "tight," and if he had actually known that there's no difference between Obamacare and the ACA, it might've broken the internet. Sadly, he had no idea what his health insurance was, deferring to his mom — to whom he also gave a shoutout on camera. Stoned. God bless America.