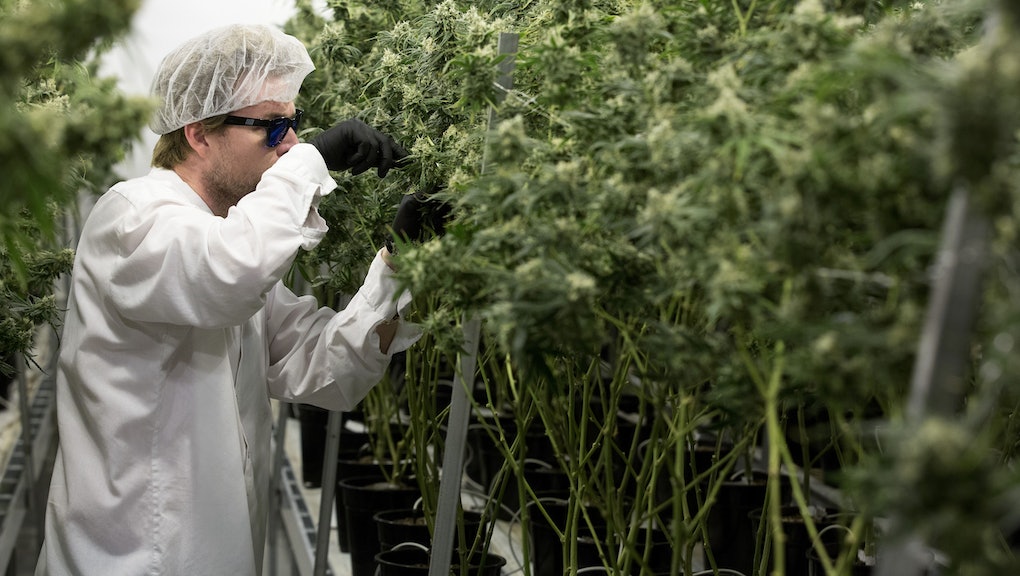 Smoke 'em if you got 'em — just don't expect any miracles.

According to a sprawling new report from the National Academies of Sciences, Engineering and Medicine titled "The Health Effects of Cannabis and Cannabinoids: The Current State of Evidence and Recommendations for Research," few of weed's alleged medical effects and health benefits are supported by objective science.

Rather than present new evidence of their own, the authors endeavored to pull together data from more than 10,000 marijuana studies published since 1999 for a comprehensive overview of the drug's effects, a straightforward assessment that has otherwise proved "elusive."

Here's what we know.

The report concludes that cannabis or cannabinoids are therapeutically effective in "the treatment of chronic pain in adults," dampening nausea and vomiting brought on by chemotherapy and easing symptoms of multiple sclerosis.

There is also "moderate evidence" that weed can be helpful for those who suffer from sleep disturbance brought on by apnea, fibromyalgia, MS and other forms of chronic pain.

Every other beneficial thing you've heard marijuana can do? Eh, not so much.

As of this moment, there's little to suggest that weed will soothe your anxiety, Tourette syndrome or post-traumatic stress disorder, or help combat loss of weight or appetite.

It also probably won't do much to help you through a traumatic brain injury, glaucoma or dementia — in fact, the report concludes that what evidence there is in these cases suggests weed is ineffective for such conditions.

And there's pretty much nothing to argue that cannabis can combat cancer, irritable bowel syndrome, schizophrenia, epilepsy, addiction, lateral sclerosis or Huntington's or Parkinson's diseases.

Marijuana health risks: Here's what you should be worrying about

The report likewise considered the apparent risks of marijuana use, and came away with similarly mixed results. While there is currently no basis to "support or refute a statistical correlation" between cannabis and many types of cancer — and there's moderate evidence that it doesn't correlate with lung cancer — there is a limited link to testicular germ cell tumors in chronic users.

More worrying is the substantial connection to more severe respiratory symptoms and "more frequent chronic bronchitis episodes," and the moderate evidence that quitting weed leads to improvement of these same symptoms.

Current research also indicates a possible slight uptick in your chances of a heart attack or stroke if you smoke weed, which is kind of a buzzkill.

As you'd expect, there are a few reasons you may want to avoid marijuana while pregnant, including the pronounced risk of lower birth weight for the infant.

There's reason to believe that marijuana use also impairs learning, memory and attention for adults, which probably helps to account for its substantial association with car accidents.

Frequent users are at the highest risk of developing schizophrenia or other psychoses, and weed can worsen related conditions, including depression, social anxiety, bipolar disorder and suicidal ideation.

Finally, it looks as if having depression, being male and increasing one's marijuana intake may be risk factors for developing "problem cannabis use."

Marijuana health benefits and risks: The takeaway — and why we need further research

Still, the authors caution, many of these connections have been insufficiently studied, and as such are lightly sketched — in part because while marijuana is legal in 28 states, eight of which allow its sale for recreational purposes, it remains a Schedule I drug at the federal level, creating significant barriers to further research.

Scientists also need better access to a variety of strains and subjects, as well as an improved and ideally standardized methodology for their experiments. It's sort of a catch-22, really: We won't know exactly how safe marijuana is until it's more widely available for consumption and study.