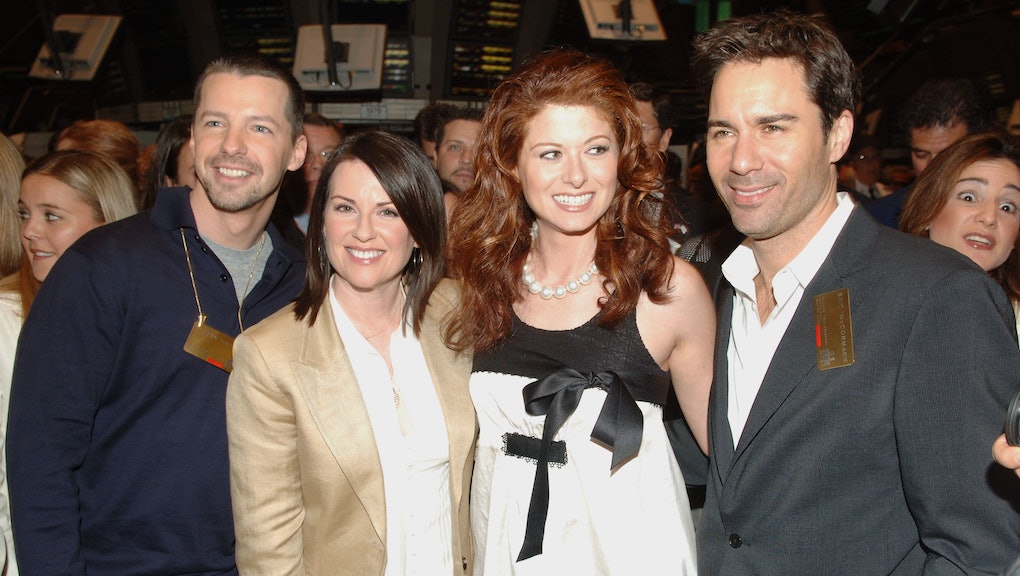 Who is ready for more '90s nostalgia? After Netflix and the Disney Channel enjoyed success with recent revivals like Fuller House, Girl Meets World and Gilmore Girls, NBC has announced that Will and Grace will be returning to the network with all-new episodes. Series' star Sean Hayes confirmed the news on Twitter, stating, "I am thrilled to confirm that #WillAndGrace is coming back to @NBC for the 2017/18 season for 10 eps."

Debra Messing, who plays Grace, also weighed in, stating on Twitter, "The gang is getting back together." This news comes after several months of speculation that Will and Grace could be making a return to television following a teased reunion in September.

As it turned out, the reunion was a nearly 10-minute video encouraging Americans to vote in the 2016 presidential election. Subsequently, TV Line reported in October that NBC was in talks to revive the series, likely in response to the reunion video, which was viewed several million times over.

Will and Grace initially ran on NBC from 1998 to 2006, and earned 16 Primetime Emmy awards. The series stars Eric McCormack, Debra Messing, Megan Mullally and Sean Hayes, who are all slated to return for the revival. Legendary television director James Burrows is also set to return as director and executive producer on the series.

You can watch the announcement video from NBC below: