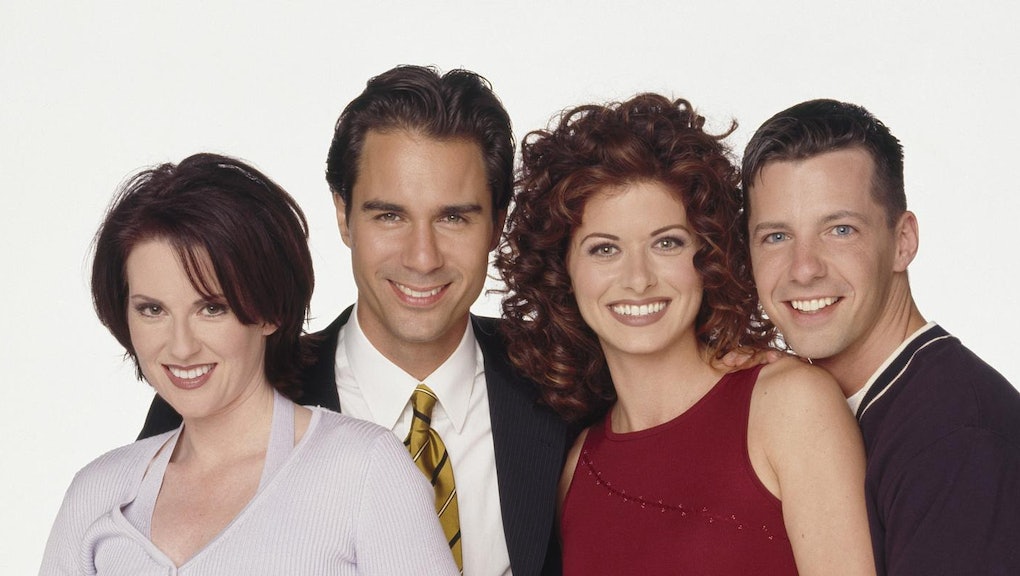 The biggest problem with the 'Will & Grace' revival: Why isn't the series streaming?

There are a few reasons to worry about the potential quality of the upcoming Will & Grace revival. For one, the show's queer politics feel a bit like a relic of the past — albeit an artifact praised by no less than Vice President Joe Biden for changing minds. Updating it to 2017 would require major work.

Secondly, the last time the band — Debra Messing, Eric McCormack, Megan Mullally and Sean Hayes — reunited, the results were decidedly mixed. And then there's the tricky matter of Will & Grace's series finale, which flashed forward 18 years. We're still technically within those years, during which Messing's Grace and McCormack's Will were estranged. Is the new series going to be in an alternate universe? Or set in the future?

But there's really only one concern major enough to question the wisdom of the choice from a business perspective, rather than an artistic one: Why is NBC bringing back a show that isn't streaming anywhere?

Look at some of the most successful TV series revivals of the last few years. Gilmore Girls: A Year in the Life was greenlit only after the original seven-season run had been on Netflix for over a year. News of Arrested Development's fourth season was accompanied by the original three seasons hitting Netflix, too. Same thing with Fuller House — Full House is available to stream. Even The X-Files could be found on Hulu ahead of its Fox reboot.

Meanwhile, Will & Grace remains without a streaming home. It's not even available for individual purchase streaming. (We've reached out to NBC about potential plans for adding the previous episodes to a streaming service and will report back if we hear anything.)

This, in practice, means NBC is relying on an audience that is 11 years older than when the show went off the air in 2006, along with any fans who have since purchased the DVD sets or caught reruns on cable. (The network WE, for example, airs reruns throughout the day on Fridays and Saturdays.) But there isn't an easy way to rewatch, thus new fans are likely few and far between.

More than anything, this revival is an opportunity for NBC to figure out and announce a streaming deal for the old episodes. Such a decision would go a long way toward cementing Will & Grace's long-term legacy — far further than a 10-episode revival, frankly.

All that being said, there's another, much more important reason to question the Will & Grace revival: Why not bring back Smash instead?