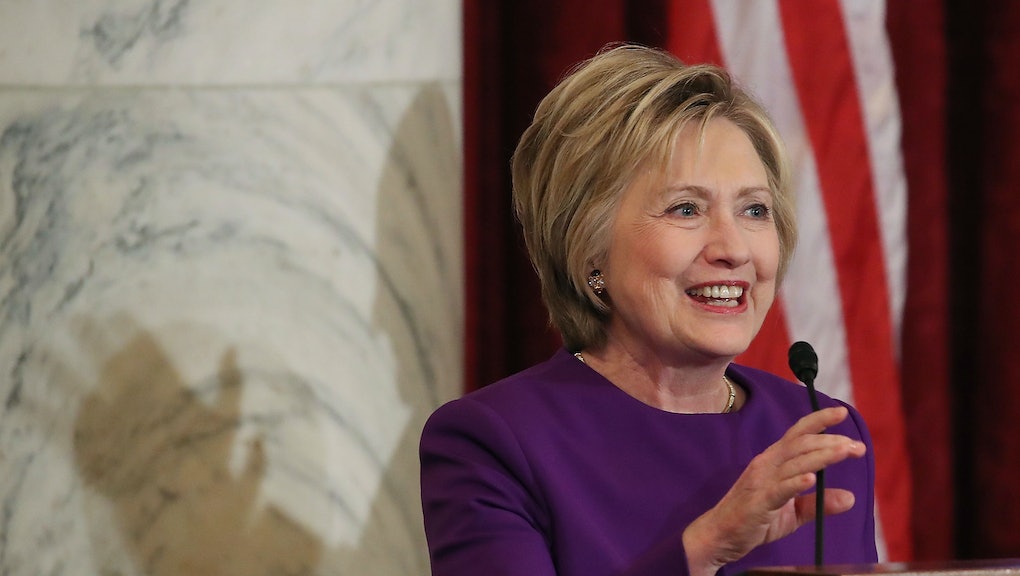 Will Hillary Clinton be at the inauguration? Here's what we know.

Ever the gracious runner-up, Hillary Clinton announced earlier this month that she and husband Bill Clinton would be attending Donald Trump's inauguration.

New York magazine reported that "well-placed sources" pointed to Clinton's "sense of duty and respect for the American democratic process" as the main reason Clinton would attend her former opponent's swearing-in.

As Mic previously reported, it's rather unheard of for a defeated presidential nominee to attend the inauguration following the election they conceded. But Clinton has shown she's devoted to what's been referred to as a "peaceful transition of power."

Former president George W. Bush and his wife to Laura will also attend the inauguration proceedings; however, George H.W. Bush announced neither he nor Barbara Bush would be in attendance, per doctor's orders: "My doctor says if I sit outside in January, it will likely put me six feet under," he wrote in a note to Trump on Jan. 10. "Same for Barbara. So I guess we're stuck in Texas."

On Wednesday, George H.W. Bush was admitted to the hospital for an "acute respiratory problem stemming from pneumonia," while Barbara was admitted as a precautionary measure for fatigue and coughing.

Meanwhile, we imagine Clinton is starting her hike to Washington, D.C., from the Chappaqua woods right about... now.