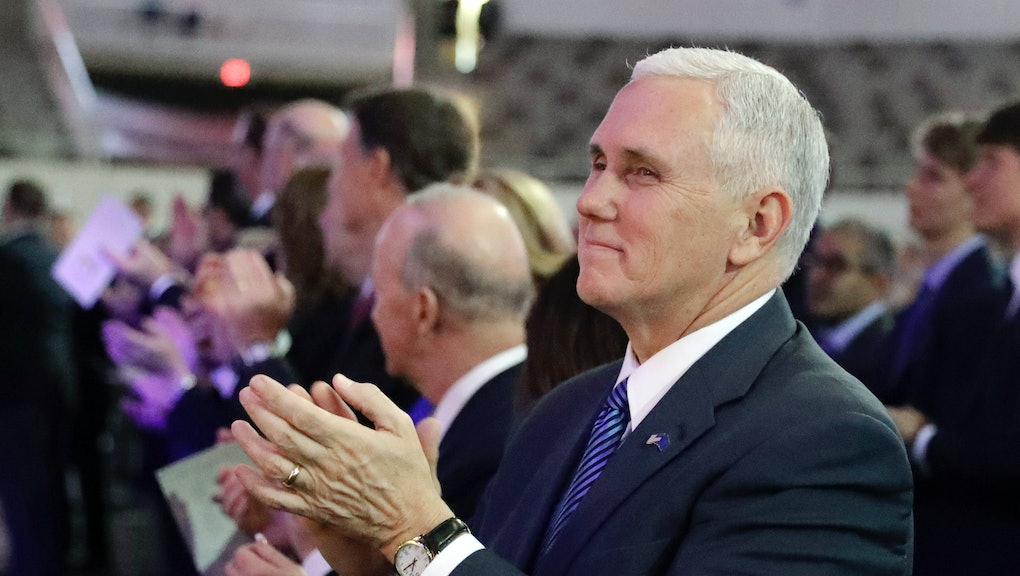 Mike Pence Net Worth: Here's what we know about the incoming VP's wealth

When it comes to personal wealth, Mike Pence's bank account doesn't hover anywhere close to that of the billionaire president-elect, nor those of some of the people with whom Pence will work closely over the next four years.

Here's what we know about the incoming vice president's net worth.

In a 2015 column arguing the country would fare better with a middle-class president, John D. Sutter charted the net worth of then-potential 2016 presidential candidates, Sutter called Pence the "middle-classiest of the bunch," with an estimated net worth of just $150,000 — compared to Carly Fiorina's $80 million or Rick Snyder's $200 million.

Based on 10 years' worth of tax returns released in September 2016, the Wall Street Journal reported Pence's income "hadn't topped $200,000 a year" and that Pence and his family lived more modestly than many of his political peers.

In addition to his net worth, Pence's tax returns revealed a few other interesting tidbits. He and his wife, Karen, regularly take advantage of a number of tax breaks meant to help middle-class Americans put their children through school and afford other necessities. According to Bloomberg, the Pences claimed the "Making Work Pay" tax credit in 2009 and 2010. The credit only amounted to $50 in 2009 and $55 in 2010; however, according to House voting records, Pence voted against the American Recovery and Reinvestment Act of 2009 — through which the tax credit was available — during his time in Congress.

The family lives mostly off Pence's gubernatorial salary, but Karen Pence has had two business endeavors in the past few years, according to Politico — one as a "self-employed artist" and another called "That's My Towel Charm, Inc.," which sells charms for beach towels. Tax records indicate neither venture generated more than $1,001 in income.

Is it fair to consider Pence part of the middle class?

Since the average middle-class American is worth between $100,000 to $150,000 less than Pence, it's seemingly inaccurate to assign him the title of "middle-class politician." Also, it's worth noting Pence won't be the first vice president with a lower net worth. According to TheRichest, Joe Biden has a net worth of $500,000.