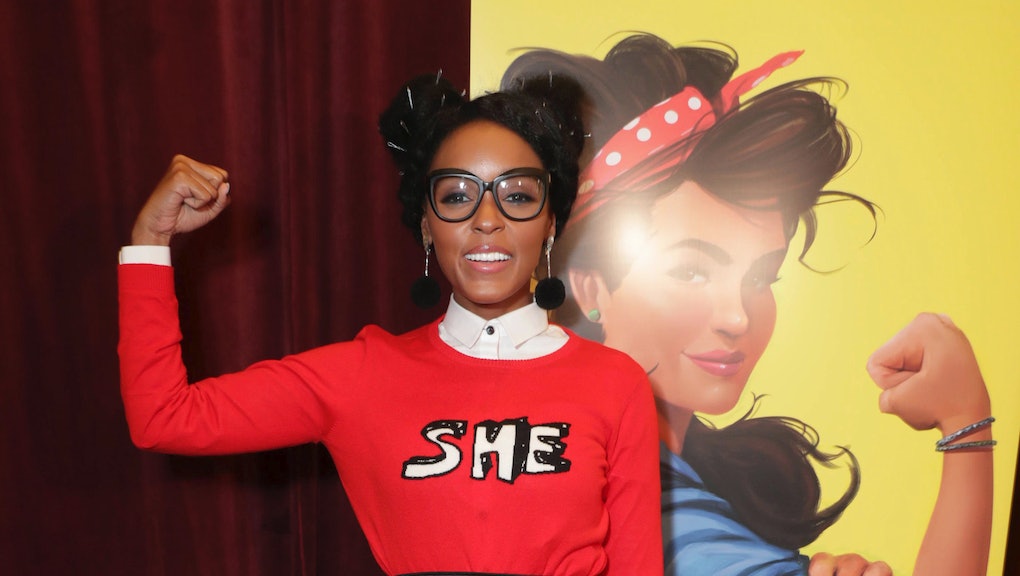 Janelle Monae has already given two of the best performances of the past year in films such as Moonlight and Hidden Figures. But her biggest and best role may come Saturday, when she single-handedly trumps the talent roster lined up for President-elect Donald Trump's inauguration by performing at the Women's March on Washington.

According to the event's organizers, Monae will perform at the march alongside R&B icon Maxwell, rap legend MC Lyte, Amber Coffman of the Dirty Projectors, Angeliqué Kidjo, folk duo the Indigo Girls and more.

"I am honored to join this critical movement to bring justice and equality to all," Monae said in a statement. "Music has always been a powerful tool for galvanizing unity and I believe that singing and standing together, our voices will be stronger than any force that tries to repress us."

Aside from the star power that will be at the venue, the march also gained a serious star power endorsement when Beyoncé endorsed the march Wednesday on her Facebook page.

"Together with Chime for Change, we raise our voices as mothers, as artists and as activists," Beyoncé wrote. "As #GlobalCitizens, we can make our voices heard and turn awareness into meaningful action and positive change."

Trump's team has struggled to book acts to play tunes during the inauguration. Jennifer Holliday was booked to perform, but she canceled, as did the Bruce Springsteen cover band the B-Street Band, out of respect for the Boss, who's been highly critical of Donald Trump in the past.

With Nyong'o, Sasha Fierce and Cyndi Mayweather — Monae's android alter-ego — backing the movement, this march is officially the hottest ticket in Washington, D.C., this weekend.