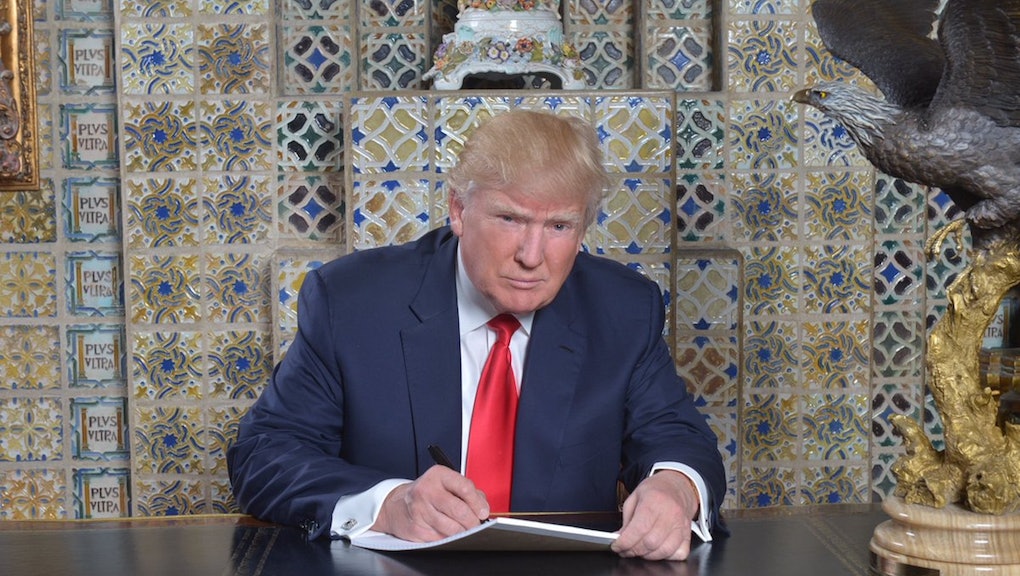 On Wednesday, President-elect Donald Trump posted a photo of himself at his palatial "Winter White House," aka his Palm Beach, Fla. Mar-a-Lago estate, writing what he claimed was his forthcoming inaugural address.

From the classic Trump scowl on his face to the convenient bend of the notepad obscuring his alleged speech — which the president-elect appeared to be writing with, ummm, a Sharpie — the opportunity for shenanigans was just too good for Twitter.

Social media users quickly juxtaposed the alleged speech with various impressions of what Trump was really scrawling on that paper.

One particularly savvy user discovered that the surface Trump was writing on did not even appear to be his own desk.

Trump transition team officials told CNN the president-elect did indeed write his own inaugural address, a departure from his campaign practice of relying upon senior policy advisor Stephen Miller to write his speeches.