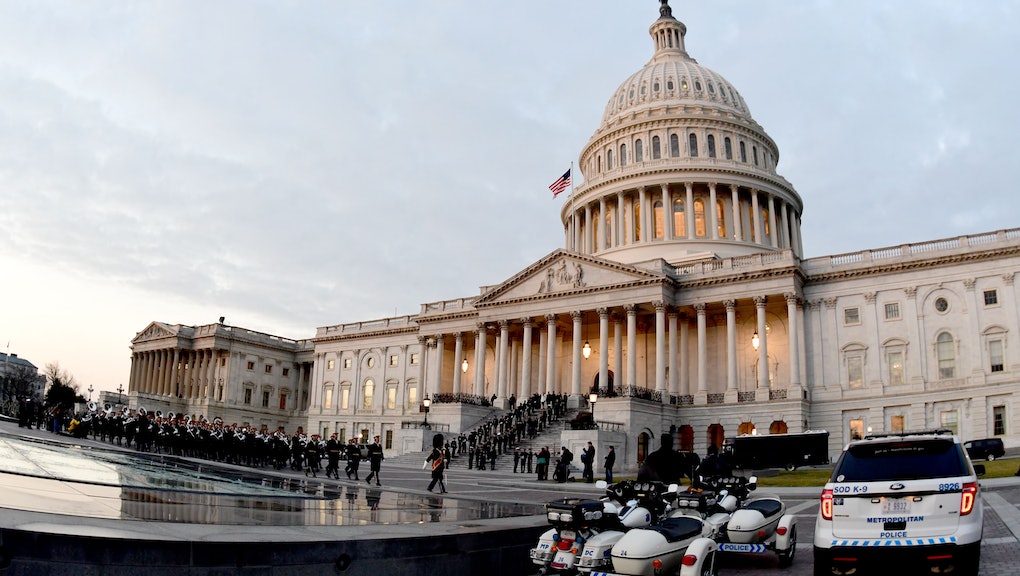 Celebrities, singers, power brokers, judges, senators, even Hillary Clinton herself — all of these people will attend the inauguration of Donald Trump as president. But if protesters get their way, they're going to have a tough time getting in.

On the morning of Inauguration Day, at each of a dozen security checkpoints where attendees will be let into Trump's inauguration, a coalition of activist groups operating under the banner of DisruptJ20 will blockade the entrances to the festivities, keeping anyone they can from entering, according to interviews with activists.

Each gate will be assigned to a different protest group with a distinct agenda: Movement for Black Lives DC, Economic Justice, the Antiwar Bloc, the Labor Contingent and eight other groups will participate.

DisruptJ20 put out a press release, but didn't specify a start time for the protest action, so it's uncertain where they will begin. The itinerary sent to Mic said that each blockade will begin spontaneously between 5 a.m. and 8 a.m.

Representatives of DisruptJ20 said in an interview that there are at least a hundred protesters committed to each checkpoint (some will have many more) and that over 1,000 people intend to blockade. It's safe to assume, given the thousands of additional police and national guard, that there will be arrests.

But it's not just law enforcement that expects to face down the coalition of anti-Trump protesters. Bikers for Trump, a nationalist bike gang that has roots as a protester intimidation force, is bringing hundreds of bikers for a rally. The group has threatened to create a "wall of meat" to prevent protesters from disrupting inauguration events.

Planned, permitted or otherwise, Mic is keeping track of all protest actions, marches and demonstrations as they develop throughout the day on our "Storm the Swamp" map here.