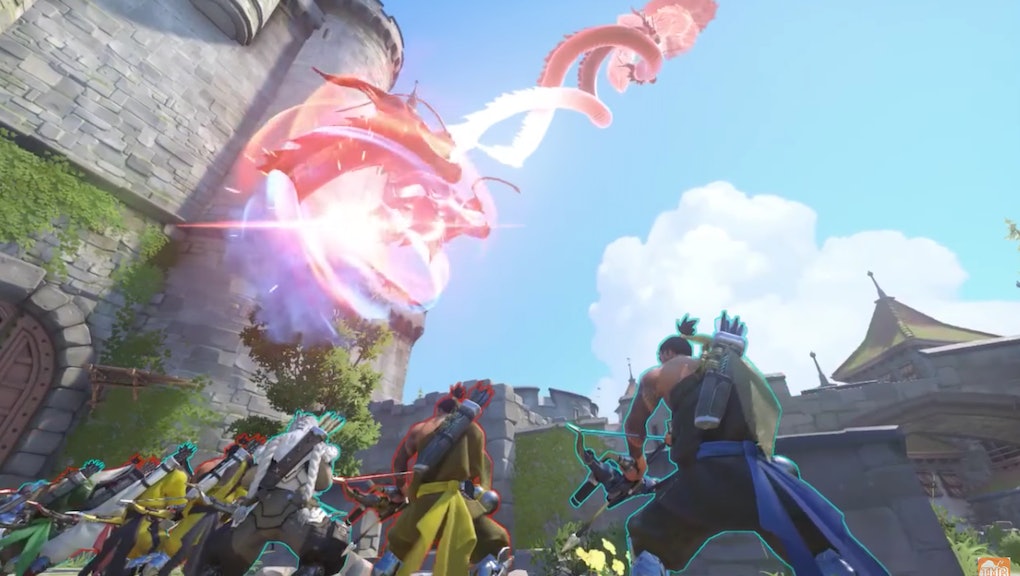 Escapism from the constraints and worries of the real world is one of the main reasons people dive head-first into gaming. Playing hours of a game like Overwatch with your best friends is a great way to reset and forget about the things plaguing you in real life.

So, when the real world suddenly collides with the simulated one — when someone in your circle of friends passes away — it makes sense to honor them within the game you spent so much time playing together.

The folks at Too Much Gaming, a gaming site based out of the Philippines, had the same thought when their friend and colleague Willem Den Toom passed away recently. They created a video in which they all lined up in a row as Willem's favorite characters — "and Hanzo," as the video description notes — firing synchronized blasts of energy, fire and rockets into the sky as a way to honor their fallen comrade. The result is pretty stunning.

Via Twitter, Too Much Gaming editor Carlos Hernandez gave me some backstory about this video and the person it's honoring.

Willem was an editor and content creator at Too Much Gaming and just recently we passed away due to a heart attack on January 16. He was 35.

My favorite part is when a line of Hanzos fire their ultimates into the sky, one by one, creating a seemingly endless spiral of spirit dragons flying through the air towards the sun.

Hearing the players' reactions during this sequence is pretty heart-wrenching, too. Willem clearly meant a lot to those around him. He'll be missed.