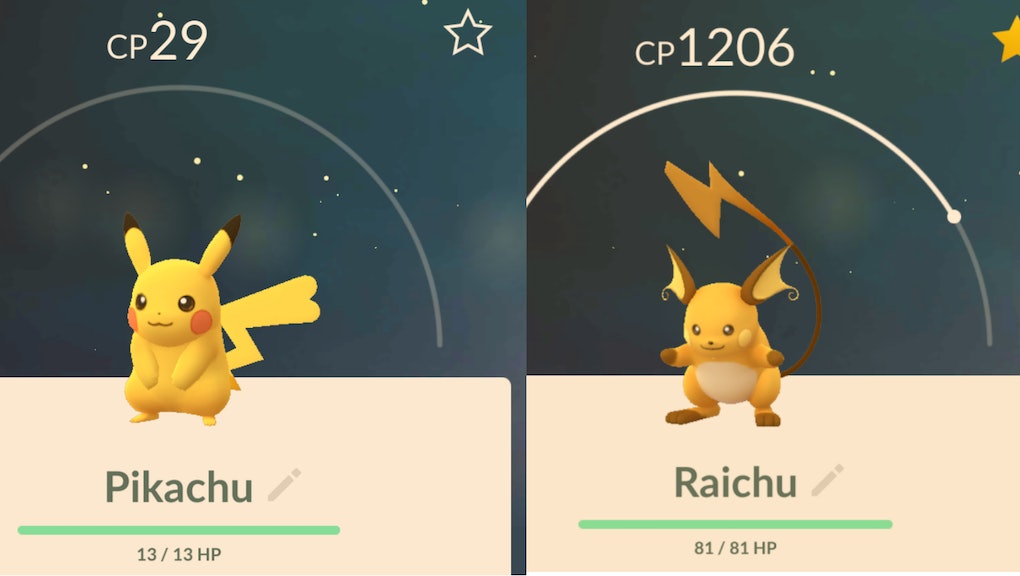 Did you know that there are male Pokémon and female Pokémon in the Pokémon universe? Now it looks like genders may have made their way to Pokémon Go in a recent update, as well.

Members of The Silph Road community have reported the discovery of female Pikachu and Raichu in Pokémon Go. This falls in line with the results from Silph Research Group's datamine of the recent APK update that accompanied version 0.53.1 for Android.

Niantic seems to be messing with these gender settings, however. Reports of all Pikachu and Raichu turning into the female versions, and reports of all Raichu then returning to male versions suggest that Niantic is putting the new gender system through its paces in preparation for a formal rollout.

Pokémon gender is old news for longtime Pokémon fans but it may be a new concept for Pokémon Go players, especially if they haven't been paying attention to gender among Gen 1 Pokémon. There are only a few species that are specified among the Gen 1 lineup; Chansey, for instance, is a female Pokémon.

Pokémon Go Genders Update: How to differentiate males from females

In some cases, the difference between male and female Pokémon of the same species is difficult to spot unless you know precisely what to look for. Male and female versions of Venusaur are differentiated by the presence of a yellow seed in the middle of the flower on a Venusaur's back, which may be very easy for players to overlook.

It would be useful to Pokémon Go players if Niantic includes clear gender identification for Pokémon on their stats screen. Otherwise, players will have to depend on fan communities like Bulbapedia to find charts and guides to discern males from females.