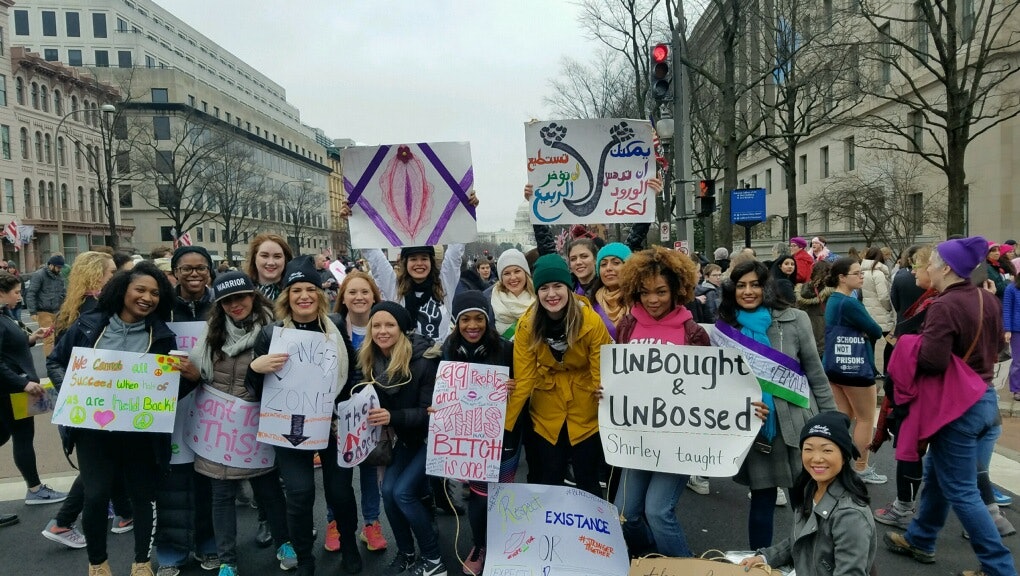 Here are the best signs from the Women's March on Washington

WASHINGTON — Well in advance of the Women's March on Washington, participants began crafting their signs. There were a few ground rules: In an effort to ensure signs wouldn't double as weapons, organizers banned wooden sign posts — pointy sticks that would potentially pose a danger in a large crowd — and poles.

Marchers got creative. In a sea of some 500,000 people, many of whom donned the march's signature pink "pussy hats," slogans like "99 problems and this bitch is one" and "can't touch this" flew above over the pre-march rally. While co-chairs Tamika Mallory, Linda Sarsour, Carmen Perez and Bob Bland were clear that the Women's March would be neither anti-Donald Trump nor a protest, marchers' discontent with the new administration was evident in the signs they carried.

Check out some of the best signs below.

"Keep your hands & laws off my body"

"Boys will be boys held accountable"

"The time is always right to do what is right"

"I didn't come out of the closet for this shit"

"We are the granddaughters of the witches you could not burn" / "Man, I feel likea woman" / "Be gone forces of anti-love"

"The fempire strikes back"

"Keep your little [hands] off my [uterus]"

"This is your mother speaking"