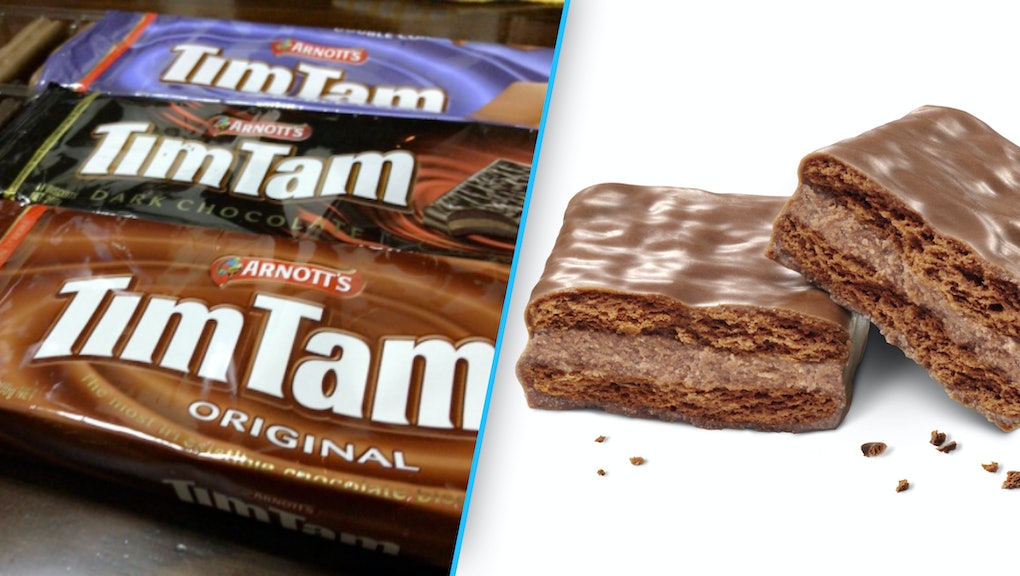 Praise the cookie gods above, Tim Tams are finally available in America nationwide

Buckle up, America: Tim Tams are heading your way.

After a brief test run at Target stores in the U.S. during 2009, Tim Tams are finally being sold across the U.S. a spokesperson confirmed in an email. Beloved by Australians and coveted by Americans lucky enough to sample the dreamy chocolate confections, the biscuits are now for sale at retailers nationwide — head to itsnotacookie.com to find out which stores near you carry the dessert.

"Since Australians refer to the Tim Tam as a biscuit, we are staying true to our roots," a Tim Tam spokesperson noted. If Aussies are willing to share, we certainly won't waste time complaining about semantics. (A cookie by any other name would taste just as sweet, right?)

Let us press on and extol the virtues of the treat, shall we? Tim Tams have chocolate cream filling sandwiched between two chocolate biscuits that are enrobed in more chocolate. And just like Oreos, Tim Tams taste better when you submerge them in beverages.

If Americans are to fully embrace the Tim Tam, they've got to master the art of the Tim Tam Slam. To perform this tasty tradition, one must bite one corner of a Tim Tam and then bite the corner directly diagonal. Then, dunk the biscuit in a hot drink like coffee or hot cocoa, and suck the liquid up through the treat like it's a straw. Next, gobble up on the delightfully gooey and warm Tim Tam before it gets too soggy.

The good, food-loving people of the Internet couldn't be happier about Tim Tams coming to the U.S. A few people have already stumbled across the biscuits in retailers.