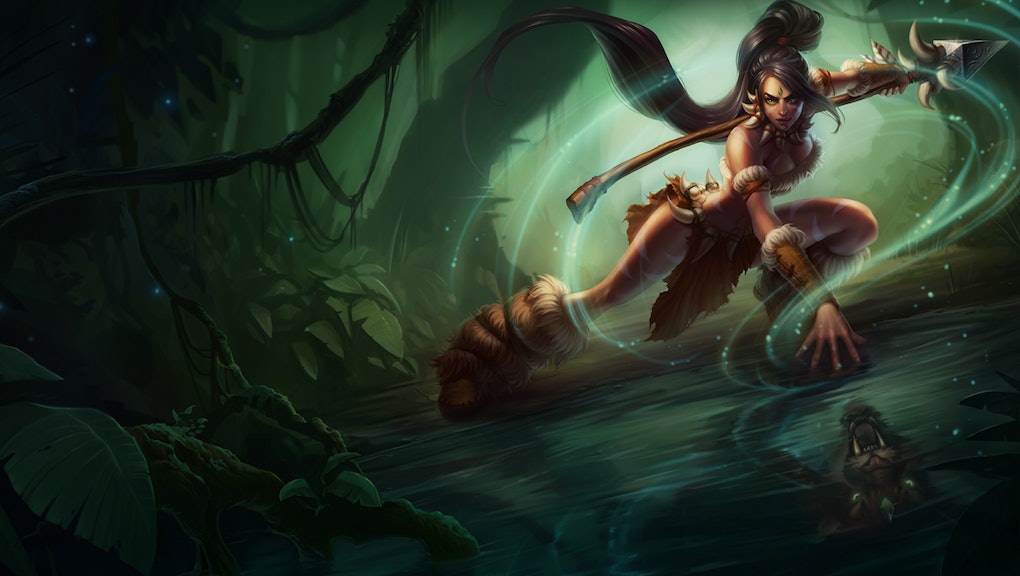 Earlier this month, an intense teaser video for League of Legends champion Warwick's rework was followed by official confirmation of the changes. Warwick's new abilities are set to arrive in patch 7.2, which is expected to come at some point in the near future.

But like any video game patch, there are plenty of other changes waiting in the wings. There isn't an official set of patch notes yet, but PCGamesN has a list of adjustments that have been made in the game's Public Beta Environment — or PBE. Keep in mind that these changes could make it into the game with patch 7.2, in a future update or not at all.

League of Legends Patch 7.2: Updates to Nidalee and other Champions

One thing we can be sure of is that the bestial huntress Nidalee is getting buffed in the 7.2 update, according to Rift Herald. The jungler has apparently fallen out of favor in competitive play, and Riot feels it needs to boost her proficiency. In the PBE, she's been given a health boost and the traps she lays with her Bushwack ability are now invisible but can be found and destroyed for 10 gold.

Akali, Gragas, Lulu and Master Yee have all been given minor buffs as well, while Darius and Katarina have been mildly nerfed. A handful of items, such as Knight's Vow and Chalice of Harmony have been given small boosts as well. Some new skins (including one that makes Blitzcrank look like a sewn-together stuffed animal) round out the new stuff in the PBE right now.

Again, it's currently unknown how much of this will make it into 7.2 as is. For a video overview of the changes in the PBE, check out the clip below.

Mic has all the latest gaming news, including information on the next Pokémon Go event, hands-on impressions of the Nintendo Switch and what you get with the special edition of The Legend of Zelda: Breath of the Wild. Also, check out our guide on how to use the alley-oop as a weapon in NBA 2K17 and this beautiful 'Overwatch' tribute to a fallen player.