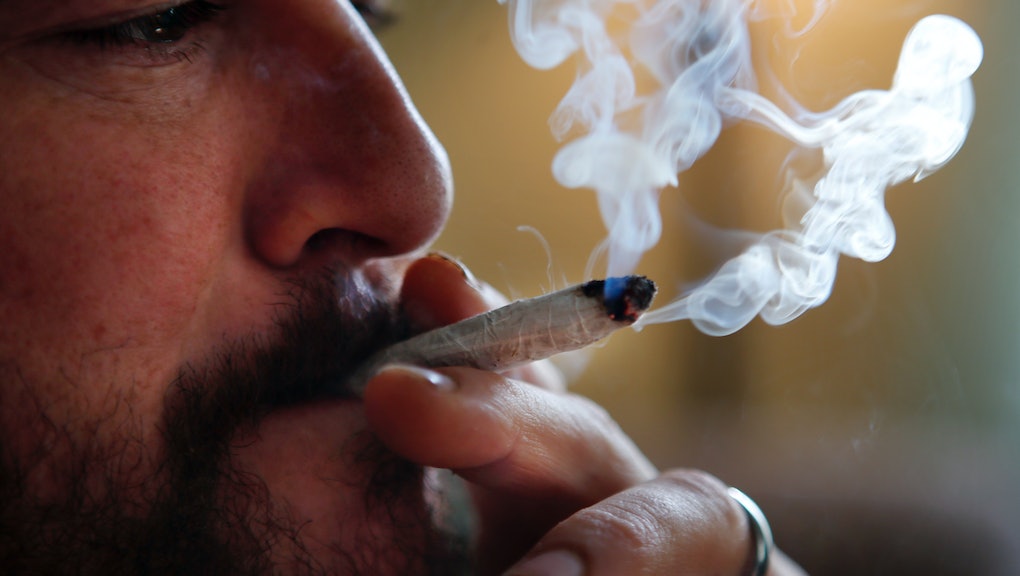 Best Weed for Anxiety: All the strains to help you relax, tune out and get your chill on

What's the best strain for anxiety? For as long as humans have known about weed, they've been smoking it to unwind. But with the rapidly multiplying strains and hybrids of marijuana out there, it's best to know which can alleviate your anxiety — and which could actually make it worse.

Anecdotally, it's obvious that regular pot users can be relaxed to a fault — but it's important to note that the jury's still out on scientific evidence concerning weed's efficacy in treating anxiety disorders. So get informed: If you want to take the edge off without sinking all the way into your couch, here are some popular types of weed to try.

Best weed for anxiety: Why it works

Here's the science behind why weed relaxes us — or, at least, what we know so far.

Throughout the human body, there are cannabinoid receptors that help to regulate everything from our appetites to our moods to our sense of pain. Marijuana's main pair of cannabinoid chemicals, tetrahydrocannabinol and cannabidiol (THC and CBD), exert significant influence on this network, also called the endocannabinoid system.

We're still figuring out how these receptors respond to the active ingredients in weed, and where they can be found. But a study published in 2014 by Vanderbilt University researchers looking at mice brains confirmed their presence in the amygdala, a part of the brain that helps regulate anxiety and that fight-or-flight feeling.

Previous studies, the authors said, have hinted that stress or anxiety causes a reduction in the body's natural endocannabinoids and dampens the receptors, which can lead to panic. Presumably, marijuana floods the amygdala with its own cannabinoids, thereby keeping us calm. Of course, the long-term effect may be to make us more dependent on these outside chemicals because we're not producing as much of our own anymore. And it's possible that some people become more anxious under the influence because their natural cannabinoids are being suppressed by the drug's.

Best weed for anxiety: What to shop for

What does all this mean for you when you're shopping at a dispensary? Well, things get a little oversimplified there. If you're looking to relax and take the edge off, budtenders will tend to describe the general differences between sativa and indica, the two major species of cannabis plants, noting that the former instills a high-energy buzz ideal for daytime activities, while the latter may leave you lethargic and rather sleepy.

In truth, these terms tell you more about a plant's genetic ancestry than what effect they'll have. What you should really look for is a strain's THC-to-CBD ratio.

While THC is responsible for marijuana's most familiar mind-altering effects, CBD, according to Project CBD, "has significant medical benefits, but does not make people feel 'stoned' and can actually counteract the psychoactivity of THC."

So while you may think that the "sleepy" indica your budtender recommends is ideal for treating anxiety, it could turn out to be way too high in THC, causing your mind to race a mile a minute even as you struggle to get off the couch. A high CBD sativa, meanwhile, could calm you mentally without making you feel stuck in slo-mo.

Here's a classic example of how the sativa/indica language can be misleading: While Cannatonic is a 50/50 blend of the two, it's the lopsided ratio of THC to CBD that makes it an excellent pick for anxiety. With levels of THC as low as 7% and CBD as high as 17%, Cannatonic is considered an ideal medical strain for those who want more of weed's therapeutic benefits of weed and less of the psychoactive buzz. In that sense, it's definitely not "recreational" weed — and its uplifting, relaxing effect can be rather short-lived — but for anyone prone to sudden bouts of panic, it's a no-brainer.

This is a go-to strain for many marijuana enthusiasts, not least because of its spicy-yet-fruity taste and surprisingly smooth smoke, which is unlikely to leave you coughing. As a sativa-dominant hybrid (80% Haze, 20% Blueberry), Blue Dream delivers a potent high without the sleepy feeling indicas are often known for, which makes it a perfect daytime choice. Fans report an easy slide into gentle euphoria — the perfect antitode to whatever's stressing you out.

Experienced stoners with a high tolerance will love 303 OG, theoretically another 50/50 hybrid but one that usually leans toward its indica parent Pre-98 Bubba Kush. Earthy and occasionally a bit harsh, it's absolutely bursting with THC, and is thought to promote socialization and creativity — although, again, only for those who can handle the strong stuff. It's a noted favorite for the treatment of seizures, so expect your muscles to relax along with your brain.

For some people suffering from anxiety, sativas and sativa-dominant hybrids can be a bit much, putting the mind into overdrive instead of cooling it down. (Certainly we've all known a socially paranoid smoker in our day.) Northern Lights, a strong and pure indica, provides a mellow alternative. In its cultivated state, it's sticky and resinous, dense with crystalline trichomes, the frost-like coating of glands on the surface of the plant that actually produce cannabinoids like THC. Perhaps better for a night home watching Netflix than going out on the town, it's also sure to move up bedtime in your schedule.

A Southern California legend for decades, the sometimes elusive King Louis XIII is indeed fit for a monarch. Its dominant notes are of a pine forest, and even at over 20% THC, reviewers say it provides balance between dreamy chill and basic functionality. Others describe a combination head rush and body high that causes any pent-up worries to simply melt away. But whatever your reason for smoking this strain, it's certainly meant to be savored.

Of course, this list is just a starting point for your anxiety needs — more strains are being developed every day to treat a wide variety of symptoms. And everyone's anxiety is different, so don't be discouraged if one of these doesn't quite assuage the problem. Often the best way to find what you're after to ask the budtender behind the counter what they'd recommend. Odds are, they're using marijuana for the same reasons you are.

Keep up to date with the ever-changing landscape of legal marijuana. From fluctuating weed prices to the health benefits of vaping, the science of drug tests to hot new trends like microdosing, you’ll always know the key facts in a confusing culture where misinformation is all too common. Stay abreast of states looking to reform their laws, learn the terminology, discover groundbreaking advances in cannabis treatments and find out what America’s favorite semi-illicit substance can do for you.

This article was originally published on Jan. 23, 2017