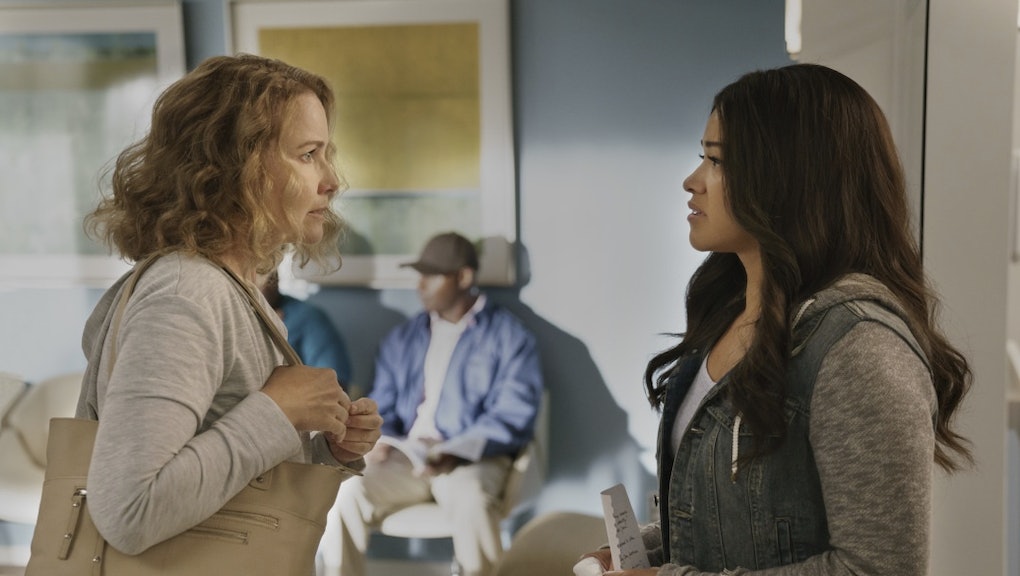 What will happen in the 'Jane the Virgin' midseason premiere?

It's been nearly two months since fans last saw the Villanuevas in action. But with the midseason premiere of Jane the Virgin airing on The CW Jan. 23, the wait will soon be over. The series will return with "Chapter 52," though we don't know much about the Villanuevas' impending adventures. However, the official promo for the episode does tease a few things.

According to the trailer, it appears that Michael will entertain a career change, and even try his hand at stand-up. It also looks like Rogelio will toy around with another celebrity religion. This time? Kabbalah.

But Bustle writer Caroline Gerdes asks a couple of important questions based on where the fall finale left the story: What about the cliffhanger regarding Rafael's parentage? And what evil will cousin Catalina bring? Romper writer Zakiya Jamal asks: Does Rafael actually have a claim to the Solano fortune? What about his children?

A recent tweet from the official Jane the Virgin Twitter account doesn't give us much further insight: "New romances, new adventures and new episodes..." Like any good promotional hook, all it does is make us ask more questions (and really want to watch the next episode).

Until Jan. 23, you can rewatch Jane the Virgin's fall finale and do your own speculating.